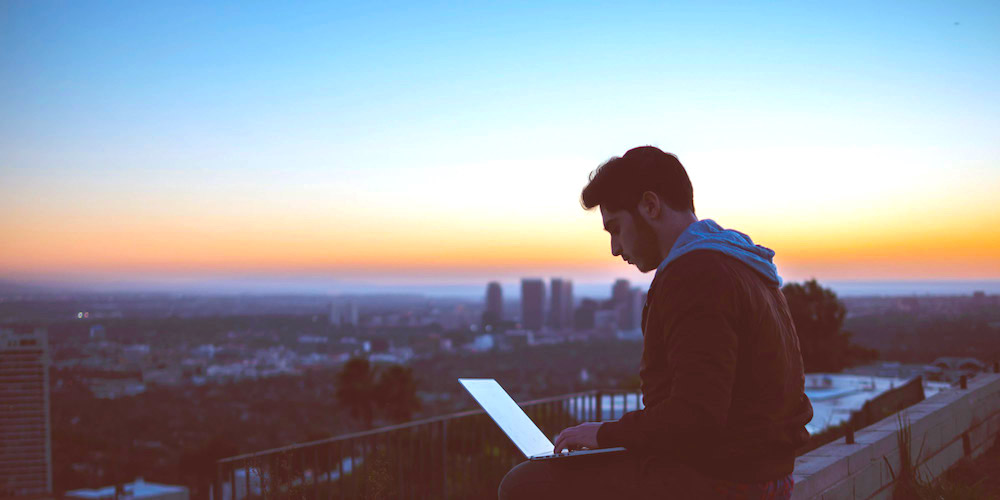 Digital platforms to counter violent extremism among youth: do they work?

This article discusses the role of digital interventions in building youth agency to prevent violent extremism in Jordan. In presenting the specific experience of Proximity International, we want to answer three main questions: does the provision of digital platforms for preventing extremism really provide an enabling environment for greater youth agency? Which participant selection criteria increase the effectiveness of similar digital projects? Finally, is it possible to assess the effectiveness of short-term interventions on instilling behavioural change among their participants?

Violent extremism is not new in Jordan. Since the mid-nineties, the country has been affiliated with Salafist Jihadi deology. The Arab Spring and the outbreak of conflict in Iraq and Syria has also provided Salafi Jihadists with the opportunity to recruit new members and spread their ideas across the region. However, the profiles of people who tend to engage in extremist groups vary across Jordan. In and around Amman, extremism draws the middle and lower classes as well as educated groups including students and school teachers. However, in rural Zarqa, extremists come from poor socioeconomic backgrounds with no university education and work. Reportedly, family, friends, prison mates and club acquaintances remain the primary targets of radicalization. Nowadays, as 88% of Jordanians have a Facebook account, the Internet provides those who are already radicalized with improved access to extremist ideas and facilitates networking with extremist recruiters.

Responding to this new dynamic, many programmes designed to prevent violent extremism have recently shifted their focus to digital platforms and virtual communities. This was the case with a project that Proximity International recently evaluated, which aimed to engage youth in Jordan through the creation of alternative media content (such as YouTube videos, articles and social media posts) to promote a culture of peace. As small-scale project, it initially aimed to target beneficiaries below 30 years of age including those from most vulnerable socio-economic backgrounds. Beneficiaries were selected through an online application process promoted through social media platforms, paid Facebook ads and word of mouth. Applications were evaluated based on people’s motivation, availability, and the distance between their place of residence and the project location. Afterwards, over a period of several months, selected participants received training in skills like research, creative writing and video production as well as coaching in hate-speech identification. Interactive workshops included learning about peaceful coexistence-related concepts (such as tolerance or diversity). Mentors from Proximity International ensured that all participants could access support and receive advice after the training.

The evaluation of the project provided an opportunity for learning about the challenges faced by small initiatives that focus on digital narratives in Preventing Violent Extremism (PVE)’s rapidly evolving environment. It found, for example, that the initiative succeeded in unlocking the way young people see their own agency, as well as their capacity to act independently and to make free choices. It did so through interactive trainings centred around a learning-by-doing approach and in-depth discussions combined with mentorship offered for a month or longer. This allowed participants to experience personal growth that positively impacted their self-esteem, confidence and sometimes leveraged their social status. The fact that participants had to apply their new skills to develop digital content seemed to be crucial in unleashing their enthusiasm as well as increasing their critical thinking abilities.

However, while the vertical (mentors-to-participants) and horizontal (participants-to-participants) relations contributed to increased engagement and agency of thought amongst the youth who participated in the project, the digital platform itself did not play an important role in the long-term, even though it had the potential to do so. The main obstacle was the limited reach of the project’s website and the absence of an outreach tracking system. As a result, participants felt “unheard’’, which led to frustration. The information we collected also suggests s that this outcome of frustration, an often unexplored, under-evaluated and unintended impact of a PVE project such as this, is likely to add to perceived political and social exclusion in the long-term.

The evaluation also provided an opportunity to explore the relation between participant selection and the effectiveness of digital projects. Proximity believes that the effectiveness of PVE projects focusing on producing digital content goes hand in hand with the level of participants’ technical skills. In short-term interventions, the prioritization of technical skills in writing or media production over socio-economic vulnerabilities seems to be a more effective strategy to participants’ selection. Tech-savvy youth who do not require technical training to start producing online content are likely to have greater individual contribution in a short timeframe given that they embrace newly acquired concepts and reflect them in their digital work. The key question, however, is: will they produce PVE content after the project finishes if they experience difficulties such as unemployment? In this case, low socio-economic vulnerability may in some cases increase the likelihood, but not ensure, that they continue their work after the end of the project.

Furthermore, it is important to differentiate between internal and external project effectiveness. While technical selection criteria may increase the former  (i.e. a project delivering outputs), the latter depends on how the project ensures that those who search for radical content online will stumble upon the alternative peaceful narratives produced by the project, and whether those messages will appeal to them. Importantly, preventing violent extremism and promoting peaceful coexistence is not the same. While these are beyond the scope of this current article, they merit further inquiry for PVE projects in general.

Lastly, in regards to measuring the effectiveness of short-term interventions, this project strived to instill change at two levels: firstly, increase the level of critical thinking among participants to empower them to produce powerful content to counter violent extremism; and secondly, achieve a similar result amongst the external audience as a reaction to being exposed to the produced content. While assessing the change in opinions, attitudes and behaviours among the participants is difficult, measuring it amongst the external audience is a Sisyphean task because of the way young people are bombarded by new media content. In long-term interventions, longitudinal monitoring frameworks measuring changes in the aspects outlined above are indeed the best approach. However, in short-term projects like the one Proximity evaluated, several recall techniques allowed us to capture the participants’ perceptions retrospectively. This was helpful to identify results, but it also carries a risk of respondents’ bias. Whenever possible, we strongly advocate for having a baseline and endline assessments to better capture any such change.

In conclusion, there is a lack of consensus on what the exact push and pull factors attracting youth to violent extremism are, or at least, lack of agreement on their hierarchy of importance. While social media facilitates spreading Salafist Jihadi ideology in Jordan, this evaluation did not find evidence on how effective this specific project was in reaching and impacting those who would otherwise be exposed to violent online narratives. Acknowledging a positive impact of a participatory training modality on creating youth agency, Proximity believes that digital platforms can support this outcome, but only when accompanied by well-developed target audience criteria, and the monitoring of outreach and the viewer’s reaction. In order for this youth agency to be sustainable, participants must know that their messages are heard. They must have channels to express themselves after the project ends, which may be secured by networking project participants with existing similar grassroots initiatives, as an exit strategy. We also believe that prioritizing tech-savvy participants with low socio-economic vulnerability may increase the internal programme effectiveness and increase the sustainability of the project efforts. As for measuring behavioural change, this will ultimately require more time—monitoring and evaluation efforts should therefore take note of this and be designed accordingly.

Saagarika Dadu is a researcher and Middle East specialist working on humanitarian and development affairs. She is currently Director of Programs at Proximity International, an applied research, monitoring and evaluation organisation. Saagarika’s latest article, “The gendered impact of the conflict in Iraq on IS-affiliated women“ was published in the LSE’s Women, Peace and Security Blog in March 2019.

Aleksandra Lasota is a post-war recovery researcher and professional working on migration, stabilization and development issues in the Middle East. She is currently an Independent Research and Management Consultant working with the private and public sector on topics including social fragility, the socio-economic inclusion of migrants, labour migration, human development and community recovery.