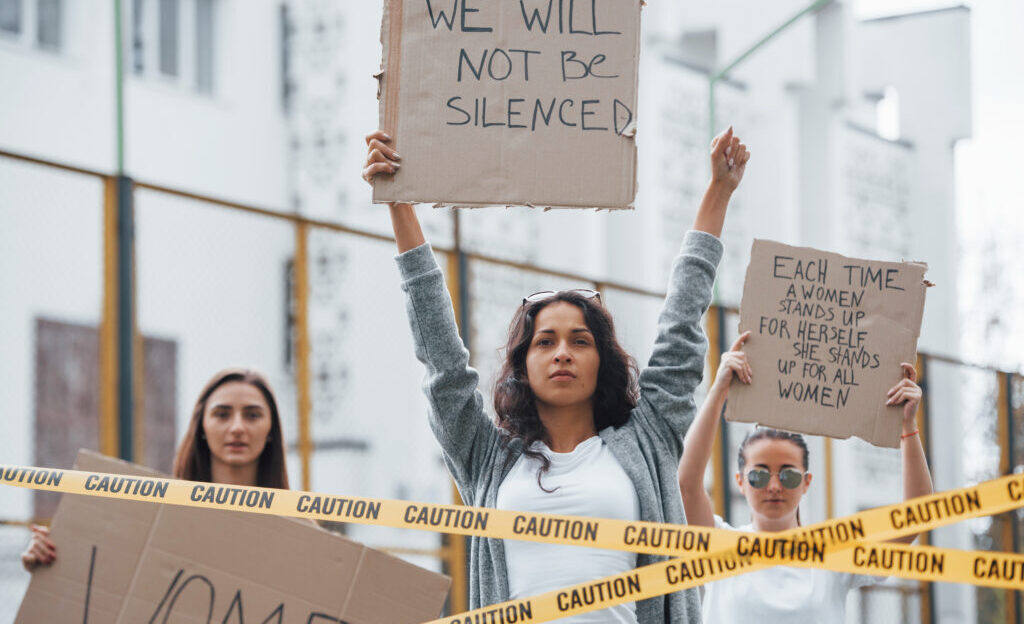 TIME TO LISTEN TO YOUTH

During the inauguration of US President Joe Biden and Vice President Kamala Harris on 20 January, the first-ever American youth poet laureate, Amanda Gorman read an inspiring poem. One excerpt of her poem was:

“We close the divide because we know, to put our future first

we must first put our differences aside

we lay down our arms

so we can reach out our arms

Amanda’s words are like water after a long drought; they bring hope to a divided country – and world. She makes us believe dialogue and reconciliation are possible. She is an example of a young leader who can express herself eloquently, make her voice heard, and touch minds and hearts.

What brings me hope is that she is not the only one. Youth movements have historically been at the forefront of change. Youth fought Apartheid, and students mobilized for democratic transitions in many countries. They are now leaders of the climate justice and peace movements, Greta Thunberg and Malala Yousafzai being among the most well-known faces of these youth-led movements.

Last December marked the fifth anniversary of the historic adoption of the United Nations Security Council Resolution Nr. 2250 on Youth, Peace, and Security. This resolution is the first to recognize the vital role young people play in the promotion of peace. When youth are often perceived as either victims of violence or as problems to be solved, this resolution brings forward a more accurate and balanced perspective on young people. There are 1.8 billion young people in today’s world population. Growing evidence shows that a majority of young people are peaceful and that many engage in various civic and social initiatives.  Young people play a significant role as agents of transformation at school, community, local or international levels.

Many examples have been documented. Here we can mention a few: students created the group “Equal Education” to demand quality and equality in South Africa’s education system. They created quality standards, monitoring mechanisms and engaged in dialogue with educational authorities; young Ugandan art-repreneur Kemiyondo Coutinho writes, acts, directs, produces and organizes events to disrupt prevailing narratives related to gender, being a role model for many other young women; young people with disabilities organize self-help and exchange networks to support each other and advocate for their rights in Zimbabwe;  Religions for Peace European Interfaith Youth Network is a platform of youth organizations from all religions present in Europe, which foster inter-religious dialogue. And many more initiatives and projects that are rarely known to the broader public.

Young people have demonstrated that they can carve out spaces for change, even in the most challenging environments. They can organize in innovative ways, being especially IT savvy. Yet, often they put their lives at risk in repressive contexts where civil and political rights are not respected. The potential of young people, young women, young men, and non-binary conforming youth needs to be tapped onto. This can be done by creating enabling environments for them to participate more meaningfully in all spaces of decision-making.

Schools, community organizations, religious groups, companies, local and national governments can all harness and benefit from youth’s potential and power as peacebuilders. For this, it is necessary to adopt an intergenerational mainstreaming approach, which means being attentive and responsive to all generations’ different capacities and perspectives. Intergenerational dialogue becomes more necessary today than ever in a fast-changing interconnected global society.

An important starting point is that communities and organizations adopt a listening attitude and an intergenerational lens to their work. Do we understand the perspectives and language of all the generations we work with? Do we enable young people’s participation and encourage their full development as citizens avoiding seeing them as incomplete persons? Do our communities have and nurture safe spaces for dialogue and intergenerational exchange, and learning?

Amanda further recites: For while we have our eyes on the future/ history has its eyes on us. We should all indeed have our eyes in the future. Still, if we want to have a future at all, we must urgently support young leaders who are able to transcend dividing lines and address the common challenges we face as humanity.

The original article was published in Italian on January 26, 2021 by HuffingtonPost Italia.