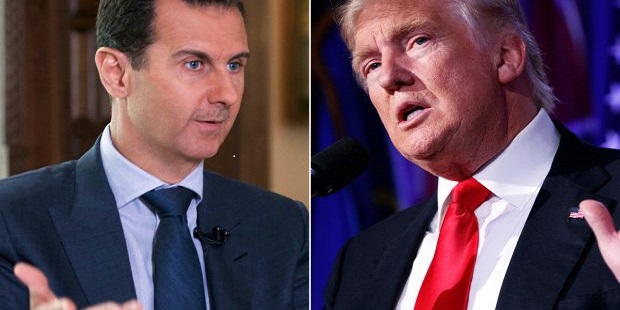 MILITARY OPERATIONS AGAINST CHEMICAL WEAPONS IN SYRIA: A RISK FOR THE INTERNATIONAL PROHIBITION TO USE FORCE?

On 26 June 2017, the Government of the United States issued a statement to inform that Syria appeared to be preparing a chemical attack, and to threaten the use of force if one took place. Earlier, on 28 May, the President of France similarly declared to be ready to use force as a reprisal against the use of chemical weapons by Syria. Both declarations followed the actual military intervention of 7 April, when the United States launched a missile strike against the Syrian airbase of Shayrat, claiming to be acting in response to an alleged chemical attack by Syrian forces in Khan Shaykhun.

Most commentators defined the attack as a clear violation of international law. Conversely, the vast majority of States condemned the use of chemical weapons allegedly used by Assad, but not the forcible countermeasure taken against it.

Several observers and scholars argued that the silence of the international community is shaping a new customary norm allowing States to use force in case of grave violations of international law. This post will question this assumption, which bears the risk of a dangerous rift in the jus ad bellum regime.

With the bombardment of Shayrat on 7 April 2017, the US directly used force, for the first time, against the Syrian army. The US presented the attack as a reaction to the alleged use of Sarin gas by Syrian forces in an airstrike in Khan Shaykhun three days earlier. The Organisation for the Prohibition of Chemical Weapons did find traces of Sarin in Khan Shaykhun, but could not state which party to the conflict was responsible for its use.

The US attack was in fact criticised as an act of aggression by Syria, by its main allies in the area, Russia and Iran, and other States like North Korea. The legitimacy of the attack was firstly affirmed by the US and its allies in the area. Interestingly, most States not involved in the conflict criticised Syria for using chemical weapons, but not the US aggression in itself.

The prohibition to use force in international law and its exceptions

The prohibition to use force against the sovereignty of States is the cornerstone of the UN Charter, which prohibits the use of force at art. 2(4). The Charter foresees two limited exceptions: Security Council authorisation (art. 42), and self-defence (art. 51).

The analysis of the compliance of the attack with the UN Charter is therefore uncontroversial: the US did not claim self-defence or seek a Security Council authorisation. The attack was consequently carried out in violation of the Charter.

However, a school of thought advocates the legitimacy of a third exception to the prohibition to use force. A military intervention would be legitimate to respond to gross violations of international law involving atrocities perpetrated against civilian populations. The debate on the existence of such an exception usually refers to doctrine of humanitarian intervention. This doctrine has no generally shared definition – let alone recognition – in international law, but it is considered to concern mass atrocities against civilian populations, which have taken place in Syria during the conflict, but without provoking interventions. Thus, the case at hand would not fall within the debate on humanitarian intervention. The attack of 7 April on the Syrian base of Shayrat would rather constitute a single episode of forcible countermeasure against the use of chemical weapons.

In the aftermaths of the 1998 NATO military intervention in Serbia, it was argued that a new international customary norm was modifying the status of the prohibition of forcible countermeasures in international law. In this view, the use of force as a countermeasure could be allowed in cases of gross violations of human rights under certain conditions. This sort of derogation from the regulation of the use of force, in any case, did not yet exist in international law because of the lack of sufficient State practice, while there was already an opinio iuri, given the diplomatic position of the majority of States concerning the NATO intervention.

Almost twenty years later, in the light of the development of the approach of States to the use of force, a consistent State practice did not evolve. The silence of States could arguably express an acquiescence to the adoption of forcible countermeasures against gross human rights violations. Even in this case, it would constitute an exception, and State practice does not show any crystallization of a similar customary norm.

The statements against the use of chemical weapons by Syria raised the debate on the emergence of an opinion iuris allowing forcible countermeasures in case of gross violations of human rights.

The absence of an explicit condemnation, without any consistent State practice, does not risk creating a customary derogation to the prohibition to use force as enshrined in the UN Charter with a new customary norm. Rather, it may suggest a certain diplomatic tolerance for limited interventions, which are sometimes defined as legitimate but not legal. This does not question the prohibition to use force, which is the key international rule to protect international peace and security.