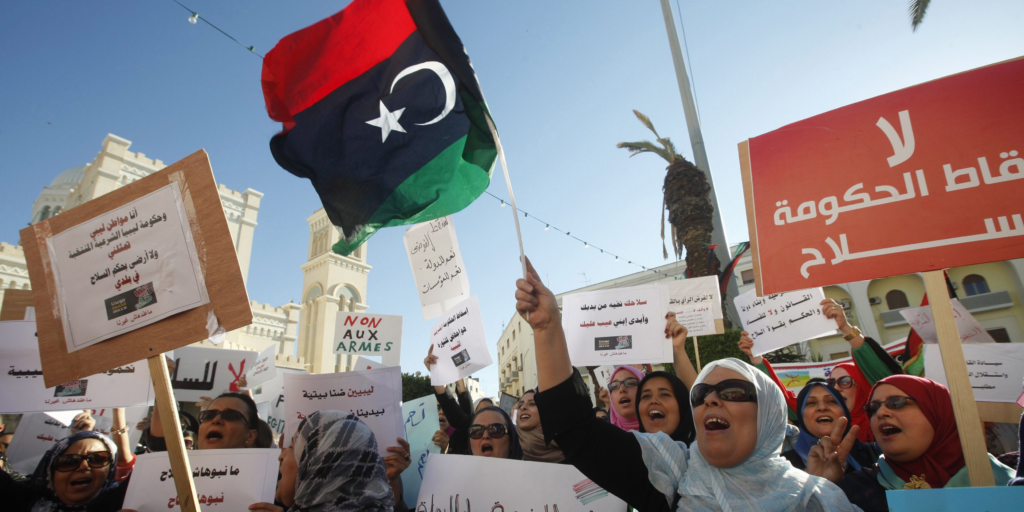 PEACE IS STILL POSSIBLE IN LIBYA, BUT ONLY WITH THE INVOLVEMENT OF CIVIL SOCIETY

The news coming out of Libya today is of worsening socio-economic conditions and escalating conflict. The signing of the Skhirat agreement, in December 2015, and the creation of the Government of National Accord (GNA) raised hopes that a political compromise could be reached that would bring the different Libyan factions together and shepherd a transition to rule of law and stability. The immediate aftermath of the agreement lent support to these hopes, but the situation quickly deteriorated and Libya is now considered as divided as it has ever been and once again on the brink of civil war.

Reading the headlines does not, however, reveal the full picture of what is currently happening in Libya, where the role and actions of several local actors show that an effective path to promote peace and reconciliation is still very much possible.

At the end of November 2016, AP held a roundtable on peacebuilding in Libya that brought together representatives from different international non-governmental organizations (NGOs) working to support peacebuilding among (and by) Libyan actors. One of the more significant issues discussed during the event was how Libyan civil society remains active in promoting conflict resolution and peacebuilding in spite of the country’s insecurity. Furthermore, these initiatives have had some notable successes: the Libyan Social Dialogue, for example, was convened by a group of young Libyan activists, working well outside of the UN-backed dialogue process, and successfully helped to mediate local conflicts in the Nafusa Mountains, in north-western Libya.

Overall, roundtable participants agreed that ordinary Libyan citizens and communities today do not trust national institutions, political processes or those involved in them. Where successful, peacebuilding initiatives led by Libyan civil society have therefore stayed away from national politics and relied on the reputation and respect of relatively autonomous or informal leaders, such as businessmen, young activists and community elders. And while the consensus is that there are significant challenges to promoting peacebuilding in the country—including the difficulty of traveling and communicating, the low legitimacy of national politicians and traditional powerholders, and disillusionment with international actors—there are also some opportunities. There are, for example, issues linked to the constitutional reform process, such as universal rights, which could be used to bring people together, build confidence between communities, and create concrete dividends for peace. Working with communities locally (and away from national politics) has also led to important agreements around peace and reconciliation. The main points discussed during the roundtable can be found in AP’s full report.

The roundtable highlights how peacebuilding and reconciliation processes in Libya are very much ongoing and can also be successful. The key to this success is a truly inclusive process, where primacy is given to the voices and the needs of local communities. The inclusion of Libyan civil society is not, in other words, merely a marginal add-on activity; it is the foundation on which peace can be made sustainable. As former European Commission President Romano Prodi argues in a recent article, in order to safeguard Libya’s future what is needed is “not a traditional agreement between so-called strong powers, but a common action that can bring together all the protagonists of the Libyan tragedy”.

To promote the participation of civil society, roundtable participants stressed the need for much stronger and better coordination, both among international actors themselves, and between them and local groups. It will also be necessary, for international donors in particular, to recognize that Libyan civil society is made up of many different types of actors, some of them not formally registered. Supporting them with the resources to promote reconciliation will therefore not be easy, but it will be necessary in order to make sure that dialogue processes are truly inclusive.

All of these are points for action that AP will continue to promote through advocacy.