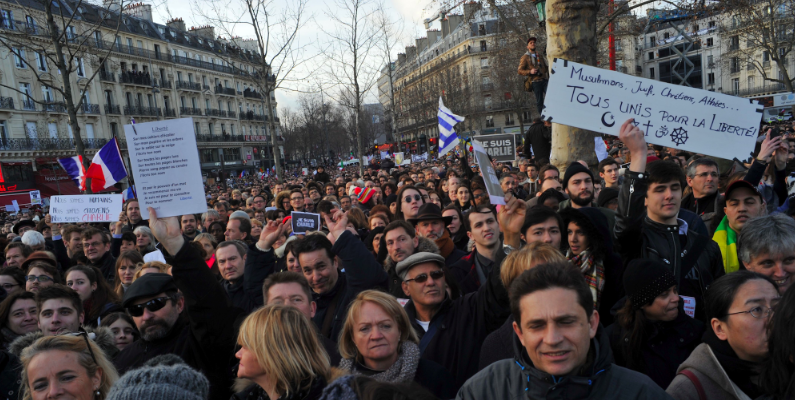 AFTER NICE: THE URGENT NEED FOR A NEW APPROACH TO COUNTER-TERRORISM

Nice and Saint Etienne-du-Rouvray are the latest of many massacres that, since the 11 September 2001 attacks in the United States, have contributed to the global state of insecurity being experienced worldwide. Yet there is still a lack of understanding of why these actions continue and of what al-Qaida, ISIS and other Islamist paramilitary groups really are. To remedy that, there needs to be profound and critical reflection on the failure to understand these phenomena. And one of the biggest obstacles to our understanding is to be found in the fact that both experts and laypeople tend to view groups like ISIS as an existential threat in its own right. However, as Paul Rogers suggests in many of his openDemocracy columns, such groups should rather be seen as symptoms of a much bigger and more complex situation characterised by irregular warfare.

In this light, al-Qaida, ISIS and similar paramilitary groups reflect a wider global insecurity whose real drivers, in Rogers’s words, are “deepening socio-economic divisions, which lead to the relative marginalisation of most people across the world, and the prospect of profound and lasting environmental constraints, caused by climate change. ISIS, in short, should be seen as a warning of what could be to come, not as a fundamental trend in its own right”. Rogers emphasises that “ISIS is an example of a revolt from the margins”. That is why there is not and cannot be a military solution to this wave of terrorism—something that is reflected by the recognition, in both academic and policy circles that the so-called “war on terror” has brought far more harm than good. And yet, hard military approaches to counter-terrorism continue to be prevalent worldwide, while soft-power approaches remain the exception rather than the rule.

To be fair, European and American policymakers have shown a lot of interest in counter-radicalisation policies aimed at preventing violent extremism among targeted (mainly Muslim) groups. But most of these policies have been badly designed and implemented, and as such they undermined the trust of Muslim communities. By making the latter feel stigmatised, these policies had the opposite effect to those intended. Here, the problem resides in the way ‘radicalisation’ is understood. Simon Cottee argues that radicalisation is seen: “as a gradual process in which people adopt ever more extreme postures and beliefs. […] The assumption is that while not all radicals become terrorists, all terrorists are radicals.” But, Cottee continues, recent cases seem to challenge this assumption and raise troubling questions: “What if they were not ‘radicalised’ and underwent no dramatic metamorphosis at all?”, and “What if the script of terrorism doesn’t always feature the drama of radicalization?”

Different scholars and analysts have given very diverse explanations of the genesis of terrorist acts and the drivers behind them. All probably have elements of truth, but none fully grasps which social and psychological paths push individuals to take action in the name of a violent extremist organisation.

After events such as Nice and Saint Etienne-du-Rouvray, the need for a profound and critical rethinking of the current counter-terrorism approach is more pressing than ever. A good start would be for policymakers and academics to admit that the current global security situation is extremely complex, and that there are no quick fixes. It should also be made explicit once for all that a kinetic approach to counter-terrorism is not and will not be the solution. Instead, more effort should be made to understand the wider picture—or to use a medical metaphor, the social disease of which the now frequent attacks are a symptom.

It is only from this starting point that we will be able to reverse the hard military approach that has dominated counter-radicalization up to now and devise truly effective and sustainable strategies for fighting terrorism today.

The original version of this article was published on openDemocracy on July 18, 2016.