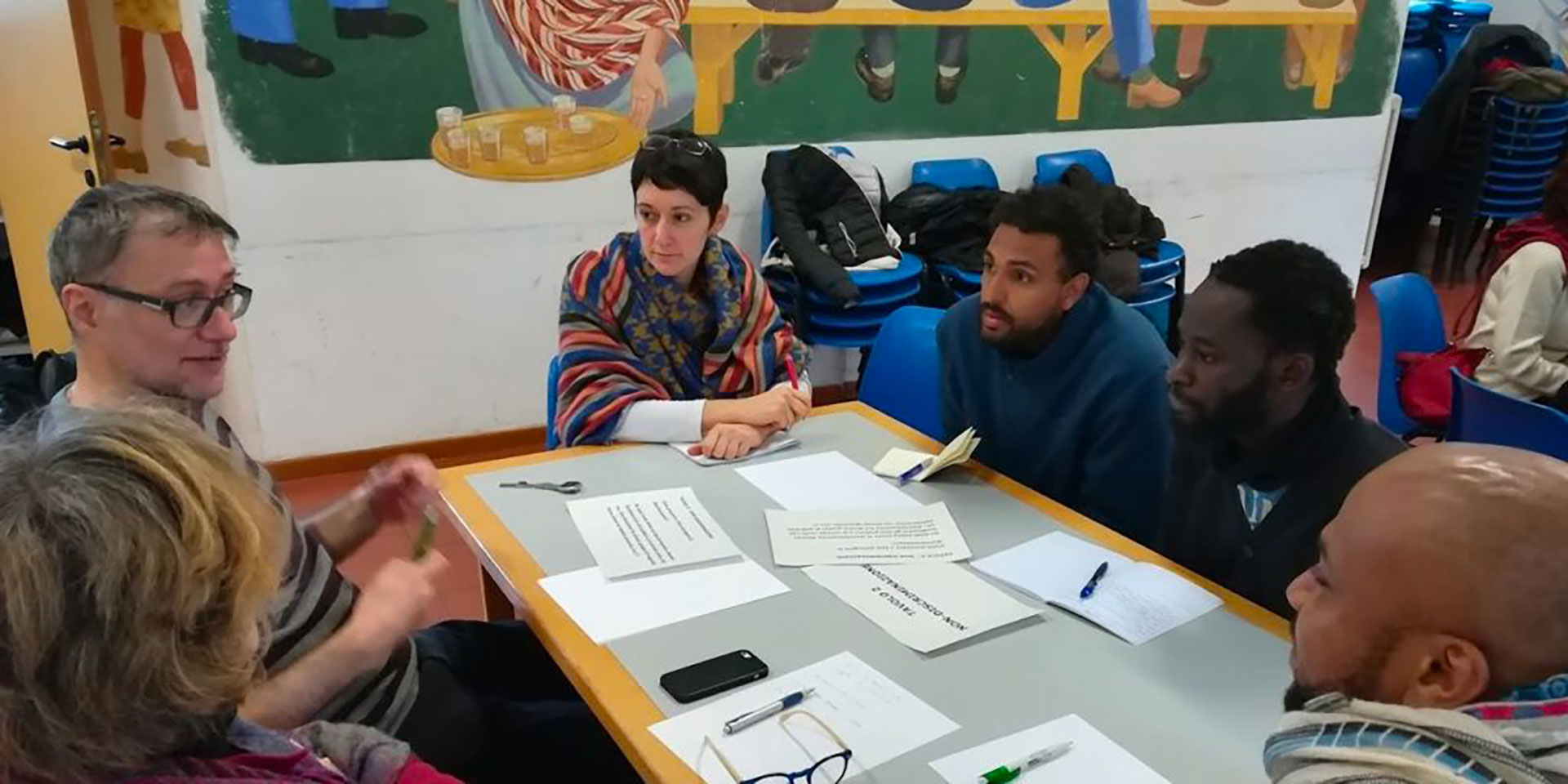 Activities and projects of dialogue and intercultural action in Bologna

Since 2017 AP has carried out various activities and projects on immigration, interculture, dialogue and integration with the Municipality of Bologna, in particular:

In 2017 AP facilitated the drafting of the “Local action plan for new citizenship rights” within the training course of the European project “AMITIE CODE” and facilitated its validation with the various stakeholders in the area (associations, universities, education sector, health system, etc.).

Within the AMITIE CODE project, the Municipality of Bologna led a working group, made up of representatives from different local authorities, to create a Local Action Plan (LAP) that could respond to the need of improving services and relationships with new citizens and with new citizens, using a human rights-based approach. The Plan articulates a series of objectives and actions, based on three axes: well-being, non-discrimination and participation.

In completing the Plan, the working group also identified the need to broaden participation around the plan itself, in a process of sharing and validation that could inform stakeholders outside the institutions and allow them to comment on the text, improving it through a participatory process.

AP guided this process, facilitating four group discussions (focus groups) and a participatory work event at the end of the path (the World Café). This report presents what was discussed at this final event, held on December 2nd at the Zonarelli Intercultural Center, and during the four focus groups.

In 2018 AP carried out an action research with the University of Bologna entitled “An exploratory survey on cultures, practices and participation needs of new citizens and new citizens”.

The research aims to define possible forms of support for the participation of migrants in public life by the local or regional authority. To this end, it investigates: Cultures (the factors that are linked to cultures, socio-political conditions and practices in the country of origin); the forms and practices (the contexts in which participation takes shape, the concrete modalities it assumes); and the activation paths and the related enabling factors (i.e. the factors that facilitate the development of the ability to access participation).

Training course for the associations of the Zonarelli Intercultural Center

Between 2019 and 2020 AP organized and conducted a training course for the associations of the Zonarelli Intercultural Center, and contributed to staff training in the six districts of the city within a project funded by the Emilia-Romagna Region.

The report analyzes the activities, needs and desires of the associations of the Zonarelli Intercultural Center in Bologna. The research is part of the implementation process of the “Local plan for non-discriminatory and human rights-based administrative action towards new citizens and new citizens”.