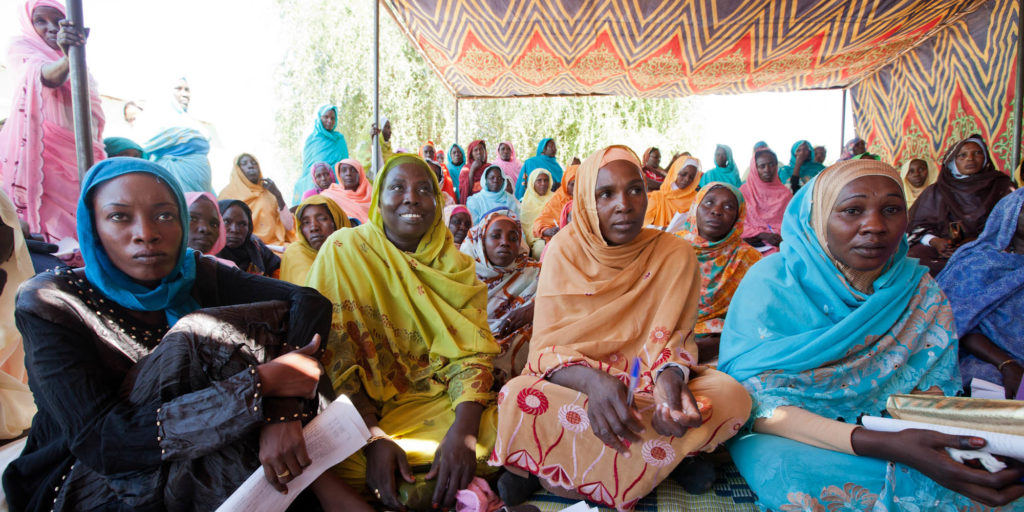 WOMEN, PEACE AND SECURITY IN THE HORN OF AFRICA: BETWEEN RHETORIC AND REALITY

In 2000, the adoption of UN Security Council Resolution 1325 (UNSCR 1325) formalized the international community’s commitment to promoting the role of women in peace processes. The landmark resolution led to an injection of vast resources with the aim of improving the situation of women, especially in those contexts affected by war and violence. In the years since 2000, however, the force behind Resolution 1325 has greatly waned, at least insofar as the interventions funded under its aegis have failed to lead to tangible impact. There has also been a lack of clear direction in the many efforts supported around the world. The rhetoric behind the resolution continues to roll on, in other words, but reality, in many countries, has hardly been affected.

The situation that women face in the Horn of Africa fully reflects this contrast. On one side, the region—which includes Djibouti, Eritrea, Ethiopia, Kenya, Somalia, South Sudan, Sudan and Uganda—has welcomed UNSCR 1325 with open arms: the Intergovernmental Development Agency (IGAD), the main regional organization for peace and security issues, has sponsored events and consultations on the resolution for years and, in 2014, formally adopted a regional action plan for the implementation of UNSCR 1325. In 2015, IGAD also established the Women and Peace Forum. In Uganda, the government approved a national action plan already in 2008; and most other states in the region have adopted quotas for women in parliaments and senior government posts.

The reality in all countries in the Horn is, however, very different. Women’s rights are regularly violated and women are systematically prevented from participating to political processes. The worst cases are those where armed violence is still widespread: Somalia, Sudan and above all South Sudan, where the 2013-2015 civil war has victimized women in particular. As CARE International, the UK-based NGO, writes, “there are few places in the world where it is more dangerous or disempowering to grow up female than in South Sudan.” Women are also routinely marginalized in more stable countries: in Djibouti, for example, more than 90% of women are victims of female genital mutilation; in rural areas of Ethiopia, one study has found that women work between 15 and 19 hours, men only 5 to 13; and in all countries, civil codes co-exist with traditional or Sharia-based legal systems that limit women’s rights: in Sudan, for example, women can work only with the consent of their father or husband.

Naturally, there have also been some positive developments. Affirmative action provisions have increased the number of women in parliaments in almost all countries in the Horn. And at the level of civil society, women’s organizations have been created everywhere, growing in some countries to become full-fledged feminist movements, as for example with the Ugandan Women Network in Uganda. In spite of these successes, however, the gap between the rhetoric of UNSCR 1325 and reality remains wide. Why?

Among the many, debated reasons, AP offers three that are based on our analysis:

First, the interventions sponsored under the UNSCR 1325 are often disconnected from the systemic drivers causing the marginalization and vulnerability of women. In South Sudan, for example, many NGOs work to promote women’s participation to the peace process, but only 16% of South Sudanese women are literate. Those who work on peacebuilding cannot simply ignore this statistic.

Second, the focus of UNSCR 1325 has become too wide. What impact has been achieved so far has not, in fact, been the result of interventions aimed at improving women’s economic opportunities or fighting domestic violence; rather, it has come through initiatives aimed at influencing specific decision-making processes. In Somalia, for example, the adoption of UNSCR 1325 in 2000 allowed several women activists to participate to the Arta peace conference, which had been organized the same year by the government of Djibouti in order to mediate between the conflict parties. On that occasion, writes Somali activist Faiza Jama, “women lobbyists succeeded in convincing Djibouti President Omar Guelleh to secure a position for women in the talks and a quota of 25 seats for women in the [soon-to-be-formed] 245-member parliament.”

Third and last, success in promoting women’s participation can only be achieved where the space for civil and political engagement is open—something that is unfortunately becoming more and more rare in the Horn of Africa. In Ethiopia, for example, the law on associations forbids organizations to work on governance reforms or human rights. And even in Uganda, one of the most liberal countries in the region, parliament has recently adopted a law that would severely curtail civil society’s work. These actions are not compatible with the commitments that governments made under UNSCR 1325—something that should be said by the international community, but often isn’t.

The participation of women to peacebuilding is one of AP’s key themes. Peace cannot, in fact, be achieved where half of the population does not enjoy rights or access to genuine opportunities for political and civil participation. For this reason, AP supports those who work in the sector—through analysis and research, advocacy and awareness-raising—so that they can achieve greater impact.