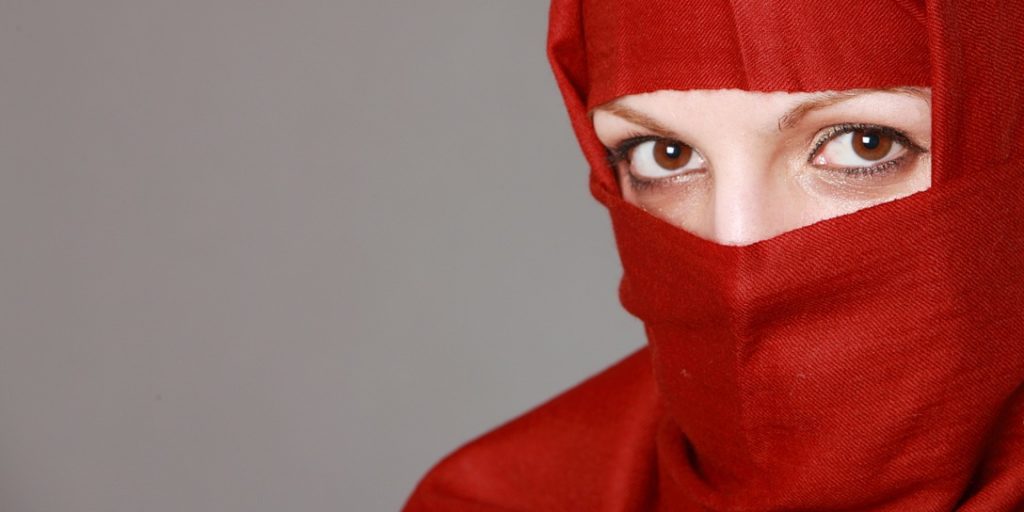 NOT ONLY BRIDES: THE FUNDAMENTAL ROLE OF WOMEN WITHIN THE ISLAMIC STATE

Although it is generally agreed upon that terrorism is a male phenomenon, in reality we see more and more women (and girls!) and organizations involved in terrorist activities across the globe. The use of women and girls by terrorist organizations can be interpreted as a particular form of slavery as various forms of coercion, such as real kidnappings and drugs and alcohol, are used to manipulate women and girls. The level of coercion is dramatic and at the same time hidden and not enough studied. If we focus on girls, it is relatively easy to force them to enlist by manipulating them since they are only kids. In Syria, we know dozens of girls manipulated and trained to become living weapons. In countries such as Palestine and North Korea, many girls are subject to mass indoctrination through the use of cartoons. In Pakistan, hundreds of girls are regularly trained to become baby suicide bombers. The Islamic State is no exception: in fact, it indoctrinates girls from a very early age. The situation is more complicated for women. For those living in the territories occupied by the Islamic State, widely used tools are kidnappings and rapes. In Muslim-majority societies, a woman who is raped brings shame to the family and she is often turned away from her family members or even killed. We are aware of cases in Iraq where al-Qaeda affiliated members before ordered the rape of dozens of women to then offer them the possibility to die by being purified through a suicide attack. However, it must be also said that not all women are forced to become ‘terrorists’. A case in point are those Chechen women who have decided to undertake terrorist actions to avenge the death of their husband, or for political reasons. Others choose extreme violence to escape from unbearable situations or to escape from an empty and meaningless life.

Roles and reasons of women in the Islamic State

If we focus on the Islamic State although the common assumption is that women have the almost unique role of wives of the jihadists, they actually perform different roles. Women not only have a duty to be good wives and mothers of the next generation of jihadists, but they are fundamental for many other reasons: they may be front-line operatives, they may serve as recruiting tools pushing other women and men to enlist, operate as a ‘moral police’ team, they can serve as factors of incitement in combat, as financial instruments (being sold as slaves on the black market) and finally as tools of propaganda.

It is then important to understand why various extremist organizations tend to use women and children. There are undoubtedly tactical reasons: women and girls are less likely to arouse suspicion, so they are less subject to controls. There is also a cultural taboo against searching women in Muslim countries, a taboo that al-Qaeda in Iraq has exploited in several occasions. The use of girls is advantageous for those organizations also to maximize shocks in the audience giving their youthful appearance and innocent image.

Having clarified this, we still need to understand why a woman who is born and has been raised in the West, with a good level of education, would decide to leave her country to go to Syria and join the ranks of the Islamic State. This is a phenomenon that is particularly difficult to understand because a woman in the common imagery is seen as a mother, as a giver of life and, therefore, its involvement in violent organizations contradict these dominant stereotypes. My preliminary results seem to confirm what has been still highlighted in the study on gender and the Islamic State published by the Institute for Strategic Dialogue, according to which, several factors may help to understand the increasing involvement of women in this organization: push and pull factors.

The major push factors are: feeling isolated socially and/or culturally, feeling uncertain about identity; feeling that the international Muslim community as a whole is being violently persecuted; feeling anger and frustration resulting over a perceived inaction of the international community in the face of this global persecution.

The feeling of cultural and social isolation is particularly strong for the second or third generation immigrants who may feel a very strong distance from the society in which they live but who do not feel they belong. This feeling can result in a greater vulnerability to the jihadist propaganda that not by chance strongly emphasizes the importance of the sense of belonging and community.

At the base of pull factors that can explain why a Western woman will enlist in the ranks of the Islamic State is a rejection of the West and its values. The moment they embrace the Islamic State these women feel having a crucial role, consisting in ensuring that thanks to them the utopia of an Islamic caliphate may someday materialize through their roles as wives and mothers. In this, not only are important the promises of the afterlife but also the incentives in this life. One of them, perhaps the strongest, seems to be, in fact, the possibility to find, after years of isolation and loneliness, finally a community, a strong sense of belonging, as well as finding romance.

All of this clearly emerges from a detailed analysis of the strategic communication of the Islamic State in whose discourses women are not represented as mere sex objects, but as mothers of the next generation of jihadist and as the guardians of the jihadist ideology. Although the real life in the territories controlled by the Islamic State proves to be very different and much less romantic and idealized than the one sold by the jihadist propaganda, the attraction towards this organization remains strong. Thousands of women from around the world have embarked on dangerous journeys to support the Caliphate, including at least 550 Western women, mostly teenagers (a few are above 20 years), lured by jihadistpropaganda. These women are mostly coming from England, Austria, France and Germany, but even Italy is no stranger to this phenomenon. Despite the seriousness of the phenomenon in question, however, still little attention is devoted to analyzing the increasing importance of women in the Islamic State and to put in place strategies for blocking this spiral of violence and death.

This article results from a research on women involvement in violent extremist organizations which has been generously funded by the Veronesi Foundation.