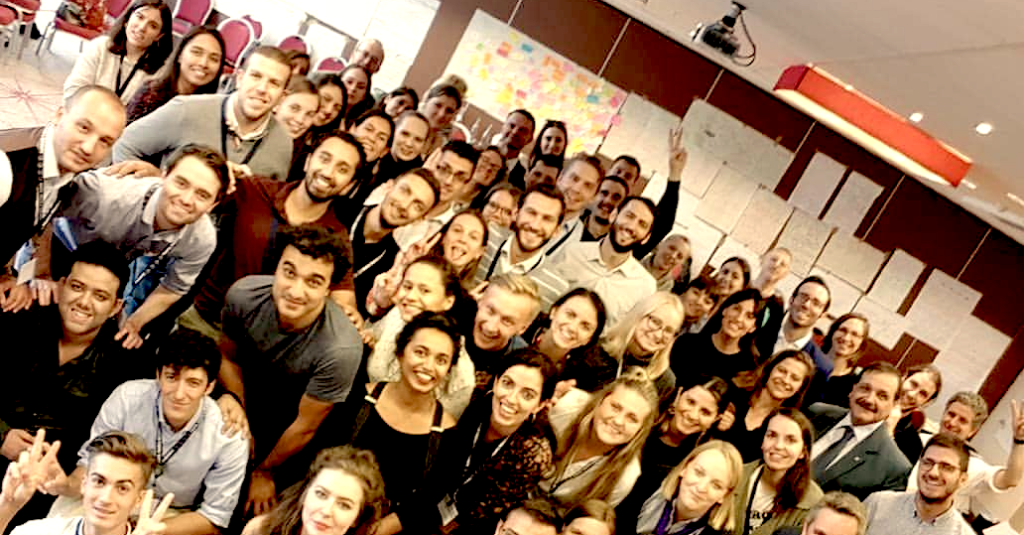 THE EUROPEAN CONSULTATION ON UN RESOLUTION 2250 ON YOUTH, PEACE AND SECURITY

In September 2017, almost two years after the adoption of the UN Security Council Resolution 2250 on Youth, Peace and Security, 44 young experts gathered in Brussels to participate in the European Regional Consultation, part of a series of regional sessions organised within the framework of the Progress Study mandated by the Resolution itself. The Consultation aimed to bolster concrete actions for a greater role of young people in strengthening peace and security in Europe. The participants, aged 15-30 and selected for their previous engagement in peace and security issues, discussed for two days the positive role that youth can play and are already playing in preventing and transforming conflicts in European countries.

The report on the sessions highlights the activities in which youth are already making a difference, the challenges they face daily and the priorities identified in order to strengthen their role in building a pervasive and sustainable peace in Europe. The report also includes a set of recommendations concerning various issues related with the role of youth in building a more peaceful and inclusive society, ranging from the impact of climate change on security to gendered-inclusive policies, from a new understanding of entrepreneurship to the creation of a global green card for young refugees. The recommendations clearly show that youth have a broad, holistic interpretation of what peace is: a comprehensive achievement that goes way beyond the mere absence of war, an expanded, inclusive, humane definition of security.

Many of the recommendations focus on the importance of youth participation. The young representatives particularly underline that a multi-layered European youth network should be formed. The network should be able to create a link between policymakers and youth organizations working on peace and security related issues and to lobby with local and national governments as well as with European institutions. Young people should be given an institutionalised and structured role in political and civic life as well as in all democratic processes, going far beyond their participation limited to youth policy or youth working groups. Moreover, youth, peace and security advisory councils should be established to ensure the meaningful participation of young people in peace processes, mediation teams and conflict analysis. The young experts also highlight the necessity to rethink youth-friendly, simplified but structured funding lines for youth, peace and security in national budgets ensuring in this way sustainability to young people’s projects and impact.

Another key aspect for the experts is the recognition of young people’s impact on sustaining peace and preventing violence. The report recommends to map and systematically report youth activities in peace and security issues and to gather data on their projects. Quantitative results and evidence-based reports would indeed bring visibility to young people’s peace and security work. Furthermore, they could contribute to create more inclusive conversations on peace policies, challenging the negative and stereotypical narratives on young people and therefore encouraging their increased participation.

The report also draws attention toward an interactive and inclusive education, deemed of the utmost importance when it comes to establishing a culture of peace and respect. Youth experts underline the positive impact of non-formal education in peacebuilding but also call for the development of peace education, conflict transformation and mediation toolkits to be used by teachers in formal education institutions. The report also emphasises the risk of dangerous impact of the state education system, especially in Balkan countries where it keeps transmitting vicious perceptions of the conflicting groups. The experts thus underline that critical thinking and media literacy skills should be provided to students in order to analyse past and currents events from multiple perspectives.

The European Regional Consultation has made a relevant step in the international debate on the role of youth in preventing violence and building peace. There is, however, room for improvement. Talking with few participants, what comes up is, for instance, a certain lack of diversity in the social background of the representatives. Notwithstanding their various age and nationality, they were all part of a sort of “peace activism elite”, and used to attend high-level workshops, conferences and panels. The voice of the young grassroots workers has been somehow lost. Another challenging element has been the clash between the impetus toward innovation on one side and the necessity to be recognised as a group contributing to the pre-existing system of “grown-ups” policy-making on the other side. The consultation, according to a participant, has been a sort of hybrid between the desire to think out of the box and the necessity to still act within the existing system. The Consultation showed an uncertain balance between revolution and assimilation. This is certainly something that youth activists and experts should reflect upon.

Overall, the 2250 European Consultation contributed to make visible the too often hidden efforts of youth working for a peaceful and inclusive society within Europe’s borders. The group of activists and experts also developed concrete goals and actions to implement UN Resolution 2250 at national and regional level, demanding the definition of indicators to assess the progress and of mechanisms for evaluation. Moreover, the Brussels meeting could help to create an alliance of young peace and security experts, a network to be further expanded with grassroots voices that usually go unheard. It could also empower already existing actors, for instance the United Network of Young Peacebuilders (UNOY Peacebuilders), one of the co-organiser of the consultation, a global network connecting 80 youth peace organizations across 50 countries  and working to strengthen sustainable youth-driven peacebuilding. The Consultation has therefore been a milestone in raising awareness on the right of youth to participate in peacebuilding processes at all levels.