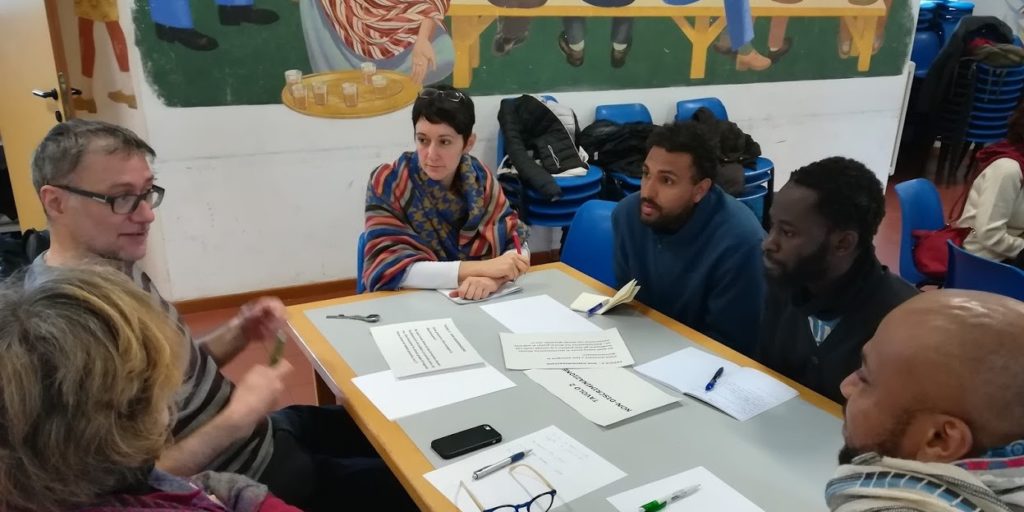 Local participation and migration: The role of countries of origin

This question has been one of the main areas of focus of the research Participation and migrants. An exploratory survey on cultures, practices and needs (available in Italian), which the the Agency for Peacebuilding coordinated in the city of Bologna and realized in the framework of the AMITIE CODE project.

We have focused our analysis on three case studies, covering a total of five countries: the Philippines, the Maghreb (Morocco and Tunisia) and Eastern Europe (Moldova and Ukraine), with some references to other areas.

Another level of analysis in determining the ways of participation is the role of local authorities and decentralization of the institutional system. In Morocco, for example, the political system is almost completely centralized. This creates a strong disincentive to citizens’ participation, because a commitment to political associations cannot lead to satisfactory results. Although the context is very different, also in Moldova and Ukraine political power remains almost completely in the hands of the central government. The Philippines, on the other hand, has a much more decentralized political system and this creates greater opportunities for civic engagement, especially at the local level. The similarity of the Philippines with the Italian institutional system and political culture creates more connections, also with local authorities.

It is important to note that these differences are not generally imputable to the existence of different conceptions of participation. In all countries, voting is, in fact, a right and democracy is generally seen as a value. At civic and social level, participation remains a positive aspiration for citizens. Non-democratic forms of government have different impact on diasporas, as shown, for example, in Ethiopia. The common attitude, among many migrants from Ethiopia, of “not meddling” in politics and some social issues derives directly from the experiences they acquired in their country. As such, those who want to remain active on issues such as human rights or freedom of expression in Ethiopia find themselves at a crossroads: either to stand against the Ethiopian government, precluding the possibility of returning to the country, or avoiding these areas of work and expression.

The role of youth and women
Another key issue for understanding participation among migrants and new citizens in Italy is the question of gender and age. In this case, the main observation is that in all the analyzed countries youth and women are often marginalized.

This exclusion, especially for youth, is perceived in many cases as an autonomous choice from the public sphere. However, several studies reject this conclusion, interpreting the lack of formal participation of young people as a rational choice based on different priorities in which to invest time and energy. For example, for young Moroccans, as well as for their peers in Tunisia, the political system is seen as suffocating, i.e. an environment that deprives citizens of voice rather than giving them space. Under this perspective, it is not a coincidence that in all five countries the levels of political participation are always lower than those of social participation.

The reasons for the marginalization of women are more complex and vary from country to country. In the Maghreb, social norms deriving from cultural and religious traditions tend to limit the role of women in public life, even in a country such as Tunisia, where gender equality has been recognized at the constitutional level in recent years. That said, not all difficulties are related to cultural factors: the political, social and economic system is also responsible. In Morocco and Tunisia, for example, women have less educational opportunities than men. In Ukraine, women represent 51% of municipal council members in villages and 79.5% of low-level public administrators; but only 7.5% of parliamentarians at national level and 13.3% of top-level administrators. This denotes the existence of a dynamic of inequality at the systemic level, which limits the participation of women.

Overall, understanding the participation dynamics in migrants’ countries of origin can facilitate the search for different forms of participation at the local level in Italy, too. Against the backdrop of increasing inequalities and direct and indirect discrimination, finding ways and means to support civil, social and political participation can be a priority in order to transform social conflicts and to increase social cohesion.


This website uses cookies to improve your experience while you navigate through the website. Out of these, the cookies that are categorized as necessary are stored on your browser as they are essential for the working of basic functionalities of the website. We also use third-party cookies that help us analyze and understand how you use this website. These cookies will be stored in your browser only with your consent. You also have the option to opt-out of these cookies. But opting out of some of these cookies may affect your browsing experience. If you want to know more or deny consent, consult the cookie policy.