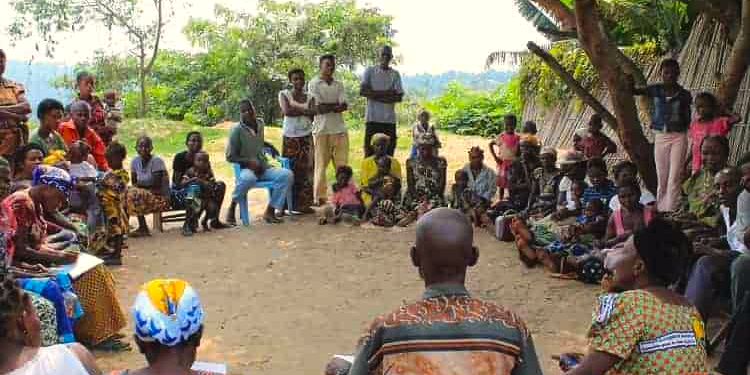 Since the end of 2018 there has been a growing interest in opening up humanitarian aid operations in Burkina Faso. The Sahelian country in West Africa has been subject to increasing turmoil as of 2015, coupled with ongoing security threats in the northern regions, which have recently expanded to the East. Moreover, a few weeks ago the French government updated the security map of the country, a clear indication of how unsafe travel has become. The national army has been engaged in fighting armed groups of different nature, resulting in large retaliation operations by the former on the local population. As a result, the population now fears the national army and government might turn against them. A regional force backed by France, called the G5 Sahel (for the five countries participating in it, which include Mauritania, Chad, Burkina Faso, Niger, and Mali) has been put into place to counter the extremism threat in the region. However, the G5 Sahel seems to be hindered by the very governments that put it into place. There is very little hope for an improvement of the situation in the years to come.

As is the case in similarly fragile and complex situations, political and military turmoil is coupled with a humanitarian crisis. The northern regions of Burkina Faso have, in fact, been experiencing chronic famine and endemic malnutrition, which donors and NGOs are still trying to address. However, the recent political and security crisis has considerably worsened the situation.

As of 2015, Burkina Faso (le pays des hommes intègres, as it is sometimes referred to) has attracted the interests of international donors and NGOs alike. As a peacebuilding consultant based in Ouagadougou, I have had the chance to witness four missions since November 2018, which aimed to measure the impact of the peacebuilding and humanitarian efforts of NGOs working in the country. It is worth noticing that the country has never seen this degree of violence in recent times, and the challenges that it is facing are unheard of before: historically, Burkina Faso has never experienced a large civil war or problems related to wide threats to national security. It is a rather peaceful country where a multitude of ethnic groups have always coexisted peacefully. From a conflict sensitivity standpoint, here are therefore some suggestions that humanitarian and peacebuilding actors should look into, if they do not want to repeat past mistakes:

Depart from conflict prevention or conflict mitigation approaches. The security situation prevailing in most of the country is dire, as violent episodes have been increasing at an alarming rate since at least 2015. In the last few months, these situations have spread insecurity to the Eastern regions and Southern borders, with Cote d’Ivoire, Benin, and Togo already not being safe at the time of writing. Therefore, it is not appropriate for humanitarian or peacebuilding actors to talk about prevention of conflict, unless some preventive action is undertaken in the South-West region, where the situation is still somewhat calm. Nor is it worth talking about mitigation (or reconciliation for that matter) at a grassroots level, as tension is at its highest peak, and communities affected by violence do not intend to engage in any kind of discussion at the moment.

Observe, study and analyse before acting. Burkina Faso is a multi-faceted country, with very different socio-economic situations in every region. It is a rich, multi-ethnic context, with intricate relations both internally and within the West African region. An off-the-shelf approach taken from lessons learned somewhere else would simply be a recipe for disaster. Instead, aid agencies need to take some time to carry out research in the areas they want to target, to identify the best approach possible for their interventions. There also needs to be a preliminary testing of assumptions (or theory of changes), to ensure the most appropriate approach.

Constantly (re)assess your work. Coupled with the last point, a conflict-sensitive approach requires that agencies re-assess their work on a constant basis, draw lessons from these assessments, and act upon them. As previously said, the situation in the country is very fluid, as is always the case in a situation of conflict. In order to ensure that conflict dynamics are taken into account in their operations, both peacebuilding and humanitarian agencies need to put enough human and financial resources into conflict monitoring. For example, a theory of change could be valid at the beginning of an intervention, and then could lose its value six months later. Aid agencies should constantly monitor conflict dynamics and adapt their interventions accordingly, to ensure that they be conflict sensitive.

In conclusion, conflict-sensitive humanitarian aid and peacebuilding interventions in Burkina Faso have a unique opportunity to demonstrate their worth, but only if carried out with a conflict sensitive lens. Any other intervention that does not take conflict sensitivity into account would only perpetuate conflict dynamics and repeat past mistakes.

Alessandro Totoro, responsible for AP’s training activities, is an expert on conflict sensitivity based in Ouagadougou.