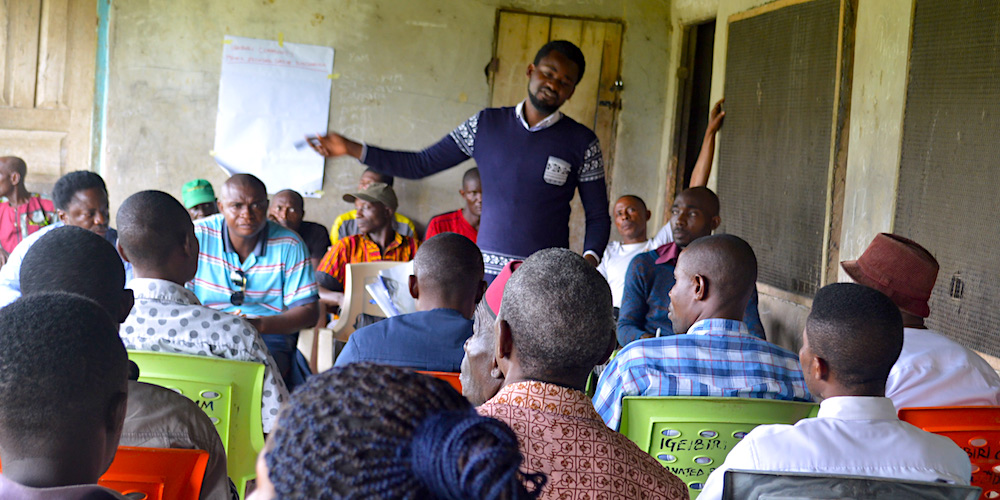 CAN SOCIAL CONTACT REDUCE PREJUDICE? EXPLORING THE ASSUMPTION IN NIGERIA

In recent years, there has been an increase of peacebuilding projects that seek to put members of opposing groups in contact to decrease prejudice and discrimination. In the intentions of the implementers, a reduction of prejudice and discrimination in targeted individuals leads to greater intergroup cooperation, less conflict throughout society and potentially to long-term peace and stability. Despite these projects’ intentions, a key question remains unanswered: does grassroots-level contact between members of conflicting groups really improve intergroup relations? It is of the utmost importance that we recognize that the design of these projects relies on a generally untested assumption. There is, as such, a dire need to challenge the hypothesis that social contact actually reduces prejudice and discrimination in order to wisely plan future interventions.

The assumption that social contact improves the relations between conflicting groups is often found in the design of peacebuilding projects, but originally draws from the social contact hypothesis firstly outlined by Gordon Allport in “The Nature of Prejudice”. The hypothesis states that interpersonal contact between individuals from different hostile groups, if structured within a cooperative framework, should reduce prejudice, promote friendship and, as a result, improve intergroup relations. As Allport originally proposed, social contact between conflicting groups should reduce prejudice by firstly, increasing the knowledge about the other group, secondly, reducing the anxiety in regards to the individuals belonging to the out-group and finally, increasing empathy toward the previously perceived “enemy”. However, the effects of intergroup social contact vary across ethnic groups and are seriously influenced by the severity of hostility and violence occurred in that specific context.

Notwithstanding the amount of academic literature inspired by Allport’s theory, there is a dearth of experimental studies on intergroup contact and prejudice. Although the core claim of social contact theory—that positive, long-term and equal status social contact with members of the out-group should decrease prejudice—is widely applied in peacebuilding projects, the theory has never been directly tested in an ongoing conflict environment. This is one of the reasons why, in 2014, a team of researchers from New York University (NYU) decided to conduct an experimental test of  Social Contact Theory in Nigeria. With the support of a grant by the United States Institute of Peace (USIP), NYU researchers designed and implemented a field experiment in an ongoing conflict. The Urban Youth Vocational Training program (UYVT) program was implemented in Kaduna, a Nigerian city with approximately a million citizens at the crossroads of a predominantly Muslim North and a predominantly Christian South. The city is considerably less well-off than others in southern Nigeria, with higher levels of unemployment and lower per capita income. In addition, the region has also a history of inter-religious violence, with clashes between Christians and Muslims having caused as many as 10.000 deaths since 1999. The riots also resulted in high residential segregation and diminished social contact between the religious groups.

The program implemented by NYU brought together a random sample of Christian and Muslim youth aged 18 to 25, coming from disadvantaged and conflict-prone neighborhoods of Kaduna, and offered them a sixteen-weeks computer training course. The training was the designed setting to test whether and how contact between individuals from the two groups might have been able to reduce prejudice and discrimination and encourage cooperation.  Students and instructors were not aware of the main purpose of the study, but experienced UYVT as an educational empowerment programme targeting disadvantaged communities.

The results of the experiment are quite interesting for those practitioners who strongly support the benefits of social contact in peacebuilding. First, researchers did not notice any significant change in prejudice among training participants. Prejudice, it appears, is indeed strongly resistant to change. However, they did register an increase in generosity toward the out-group and a general decrease in discriminatory behaviours. Substantially, attitudes are slow to change in conflict contexts, but meaningful behavioural change can result from interventions designed to promote social contact across conflicting groups. In addition, by focusing on extremely practical skills (e.g. computer training) instead of more broadly defined peace education, researchers found that positive contact alone can be sufficient to positively change behaviors (without any peace activity, that is).

Exposing the relationship between social contact of conflicting groups and prejudice reduction has enormous implications for peacebuilding project design. According to the research team, for instance, the program itself was a significant driver toward increased generosity toward the out-group, as well as for inter-group cooperation. Project designers should thus prioritize valuable training content to draw in participants from disadvantaged backgrounds and not only open-minded volunteers looking for peace education opportunities. In addition, setting goals of behavioural changes, rather than prejudice reduction, might be both more realistic and useful for achieving long-term changes. As NYU researchers said, increasing out-group generosity and cooperative behaviour, regardless of internal prejudices, may be more achievable than focusing on attitudes that appear resistant to change.

All too often peacebuilding projects are designed on the basis of the assumption that this article has tried to challenge: that simply by bringing people together to discuss peace issues the prejudice between conflicting groups would decrease. Contact-based peacebuilding projects often focus on implementation rather than on a sound evaluation and they often lack a rigorous framework and a systematic system to gather the data necessary to verify if an actual change occurred in participants’ behaviors. In addition, these peacebuilding projects frequently engage people already likely to come in contact peacefully. For this reason, it would be advisable to challenge the assumption that peace is an ensured outcome of increased social interaction designing projects which take into account the results of such an interesting field experiment.

Federica Mikael Sustersic is a peacebuilding and conflict transformation specialist with a strong interest in Youth, Peace and Security. Federica completed a European master’s program in Human Rights and Democratisation and recently obtained a second MA in Cultural Diplomacy. She works as a consultant and creator of immersive and transformative experiences in the field of human rights and multiculturalism.