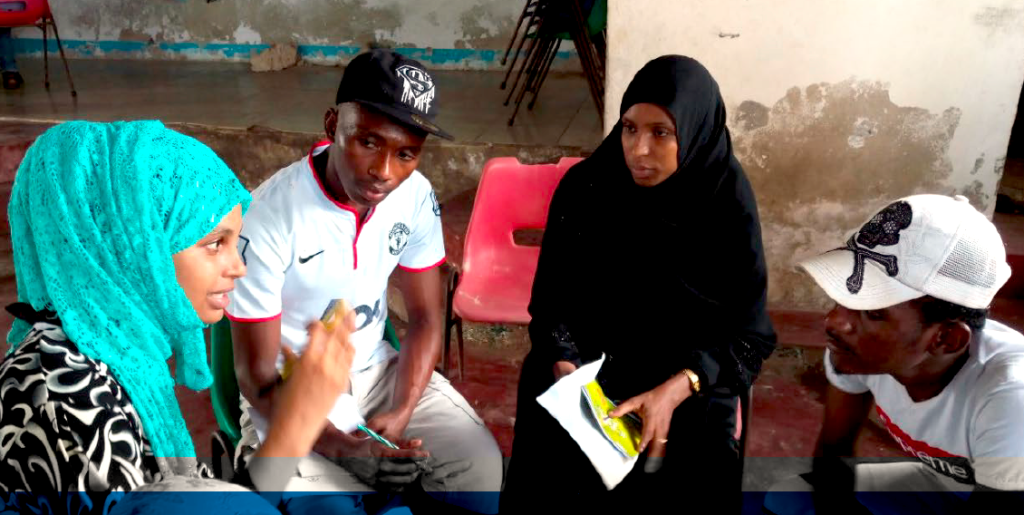 A LESSON FROM KENYA ON COUNTERING VIOLENT EXTREMISM

In East Africa, Kenya has been more affected by violent extremism and radicalization compared to its neighbors. Although drivers of violent extremist and terrorist incidents in Kenya are a result of many factors—highly unequal economic growth, social and religious grievances, and its proximity with fragile Somalia—the scale and persistence of the issue has been exacerbated by the breakdown in relationships among stakeholders, particularly between police and communities. In such a situation, can peacebuilding make a contribution to countering violent extremism?

In September 2018, Agency for Peacebuilding (AP) completed the evaluation of a project entitled Inuka! Community-Led Security Approaches to Violent Extremism in Coastal Kenya”. Implemented by Search for Common Ground, this initiative aimed to build increased trust and collaboration between key community stakeholders to prevent radicalization and violent extremism (VE) in Coastal Kenya. AP’s evaluation found that this breakdown in relationship had been a challenge in addressing radicalization, and that Search’s project was able to reestablish and enhance trust between police and communities, which has become crucial in countering violent extremism and radicalization in Coastal Kenya.

Communities in Coastal Kenya have historically experienced highly tense relationships with their security agencies. The mistrust between police and communities is heavily influenced by the behavior of the police toward community members. This was identified in the 2009 Ransley Task Force Report, and continues to be problematic even today. These observations reflect the situation in many African countries, where the police are a product of colonial history. The traditional colonial system of policing involved coercion and suppression of civilian resistance. The police were used by the colonial governments to threaten and humiliate citizens, and to ensure obedience. Police in Kenya have been accused of being heavily involved in bribes and corruption, using extrajudicial force, and lacking accountability. There have also been claims of abductions and the disappearing of citizens, among other abuses toward civilians. This has not only affected the police-community relationship, but has been utilized by terrorists and extremists as arguments to radicalize and recruit local Kenyans, and even conduct attacks.

A study conducted prior to the start of the Inuka! project suggested that 83% of community members in Coastal Kenya did not trust police. When the radicalization and recruitment by extremist groups such as Al-Shabaab and Mombasa Republican Council (MRC) were at a peak, a majority of community members suggested that brutality and injustice in the hands of security forces, including police, had been a contributing factor for people to join these groups. During this time and thereafter, security forces active in the region have been accused of injustices, such as the arrest and torture of community members after failing to capture the true perpetrators of terrorist actions. These actions were famously known as ‘guilty by association’, and further eroded the relationship between communities and police.

Police behavior was also a deterrent for reporting suspicious activities, including radicalization, recruitment, and attacks. One female focus group participant during the evaluation stated: “I once reported to the police about a neighbor who was involved with Al-Shabaab. Surprisingly, a few days later, the neighbor come to my home and threatened me, implying that one of the police told him that it was me who reported him…Since then I am scared to report any suspicious activities to the police because I’m afraid of being sold out by them.” This negative relationship which resulted in mistrust between police and communities has been hindering collaborative efforts to counter violent extremist activities.

In response to the tense police-community relationship in coastal Kenya, Search implemented several initiatives that reflected its transformative peacebuilding approach. This stresses a shift from adversarial approaches towards collaborative solutions in addressing conflicts between parties. One strategy employed by Search under the Inuka! project was community stakeholder dialogues. Search strategically engaged with each party separately through single-stakeholder dialogues. After building capacity and understanding grievances of each group, Search then conducted multi-stakeholder dialogues, in which police and community came together to discuss challenges and collaboratively decide on ways to address them. In one case, in Lamu County, this strategy helped to identify a solution that brought together local fishermen and security forces and resulted in the lifting of a ban on night fishing, which had been a major source of tension between communities and authorities for years.

AP’s evaluation found that this facilitated engagement promoted a partnership between communities and police by establishing common understanding and building trust and cohesion through information-sharing and collaboration. One senior government official in charge of security interviewed during the evaluation, agreed, stating: “through our security meetings, reports show that the community has been collaborating with the police, and it shows that police have been receiving a lot of information which resulted in stopping attacks related to violent extremism.”

Search’s transformative peacebuilding approach has successfully contributed to healing community divisions by bringing parties in conflict together and addressing their issues collaboratively. The number of incidents has tremendously declined due to the improvement of the police-community relationship in Coastal Kenya. While this should be seen as a result of several forces, including by Kenyan authorities, programmes to counter violent extremism in East Africa and around the world should reflect on the successes of Search’s approach, and look at it as a necessary component for effective response to radicalization.