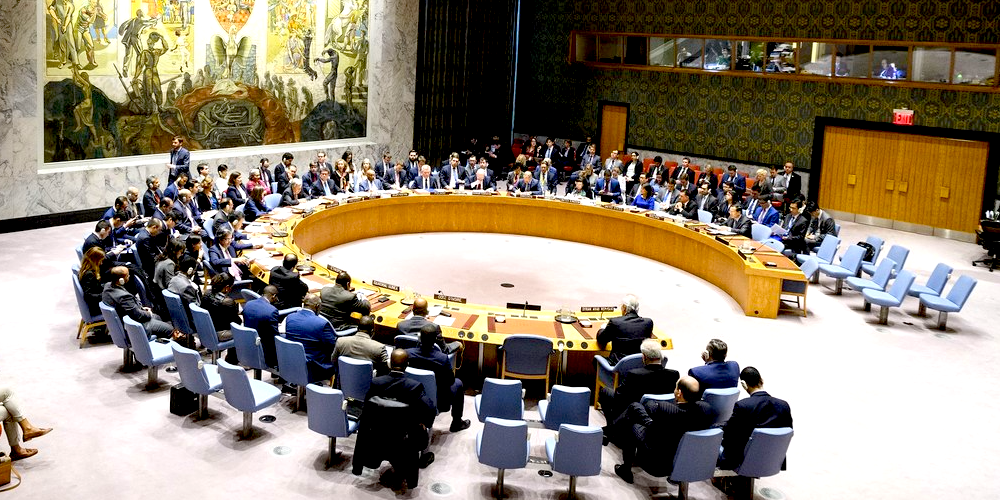 THE MILITARY INTERVENTION IN RESPONSE TO THE USE OF CHEMICAL WEAPONS IN SYRIA: FURTHER REFLECTIONS ON THE INTERNATIONAL PROHIBITION OF THE USE OF FORCE

The US attack in April 2017, in response to the alleged use of chemical weapons by Syrian forces in Khan Shaykhun, was widely considered a violation of the prohibition to use force. However, a significant part of the international community supported, or tacitly tolerated, the illegal intervention. This begged the question of whether this action had eroded the international prohibition of the use of force: the cornerstone for the maintenance of international peace and security, as enshrined in the UN Charter. A possible exception may have emerged, in case of humanitarian crisis or grave international crimes, such as the use of chemical weapons. At that time, the analysis concluded that the action, in absence of a clear and consistent legal justification, could not impact the overall legal regime.

One year later, on April 14 2018, the US, United Kingdom and France conducted a second attack on Syrian chemical weapons facilities, in response to the Syrian government’s alleged use of chemical weapons in the Syrian city of Douma, the previous 7 April. The debate over the legality of forcible countermeasures against the use of chemical weapons has become topical again. The international reactions to the 2018 intervention thus deserve a new analysis and call for further reflection.

Concerning the political reactions, the first official statement came from the UN Security Council Emergency Session, called the same day of the airstrike. The Russian Federation proposed a draft resolution which demanded to stop military actions in violation of international law. However, only three members supported it (including Russia and China), eight voted against (including France, the UK and US) and four abstained.

This shows how, as with the 2017 intervention, the international community failed, to say the least, to express a clear condemnation to a blatant breach to the prohibition to use force. The support to the operation, indeed, went beyond the group of so-called Western States: almost half of the members of the international community expressly supported the military intervention, while only a minority of states explicitly condemned the action, as it can be seen in the following graphs. 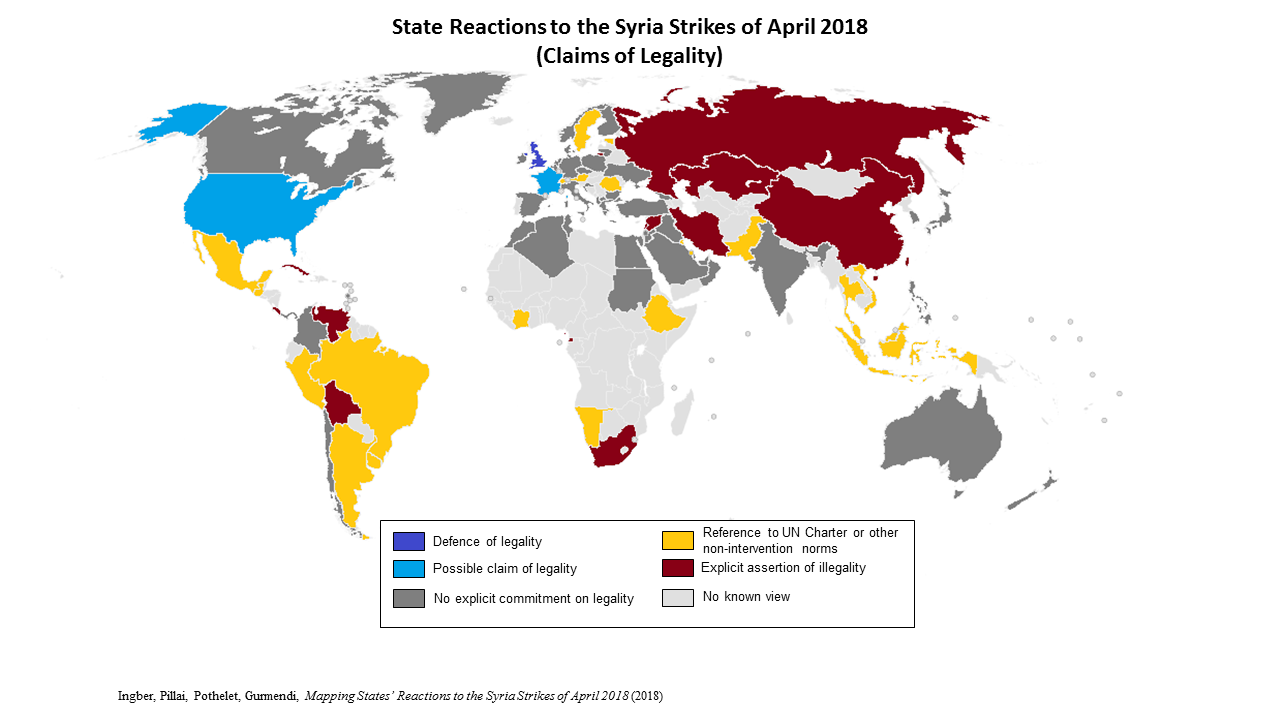 With reference to the legal justifications, the lack of reaction against a violation of international law is not sufficient to create a derogation to a treaty norm, or to affirm its . The US, the UK and France provided different and contradictory justifications to the operation, and few other states clarified their support to the military intervention with legal arguments.

The US Justice Department’s Office of Legal Counsel published a memorandum opinion for the counsel to the President on May 31st, to justify the legality of the April 2018 airstrike. The US justified the operation affirming the purpose to “further important national interests in promoting regional stability”; to prevent “the worsening of the region’s humanitarian catastrophe”; and to deter “the use and proliferation of chemical weapons”. In addition, it affirmed that the operation did not constitute a proper war, and therefore did not require the approval of the US Congress. The memorandum presents controversial arguments under US law, but it does not engage in the debate of the legality of the intervention under international law.

France abstained from providing legal justifications for the intervention. In the Security Council emergency meeting, its representative reminded the words of the Preamble of the UN Charter, and affirmed, somewhat dryly, the purpose “to establish conditions under which justice and respect for the obligations arising from treaties and other sources of international law can be maintained”.

In conclusion, the absence of a political and diplomatic reaction to an illegal military intervention is detrimental for international peace and security. Even more so, in fact, in case the breach is reiterated, as has been the case with the US airstrikes against Syria in 2017 and 2018.

The tolerance for the violations, however, do not seem to impact the legal regime of ius ad bellum, as states do not consistently claim a derogation to the prohibition to use force, and do not plainly support specific doctrines, with the exception of the UK, such as humanitarian intervention.

The lack of an international condemnation of the violation may suggest a diplomatic tolerance for targeted interventions against the use of chemical weapons, but this trend of state practice is not meaningful in marking a change of the prohibition of the use of force, which remains the crucial international rule to protect international peace and security.

The airstrike of April 2018 was widely recognized as illegal, but it was silently tolerated by a significant part of the international community. Such acquiescence may not carry critical legal consequences, but it ultimately risks undermining the credibility of international law, as it further exposes its structural limits of implementation and double-standards.