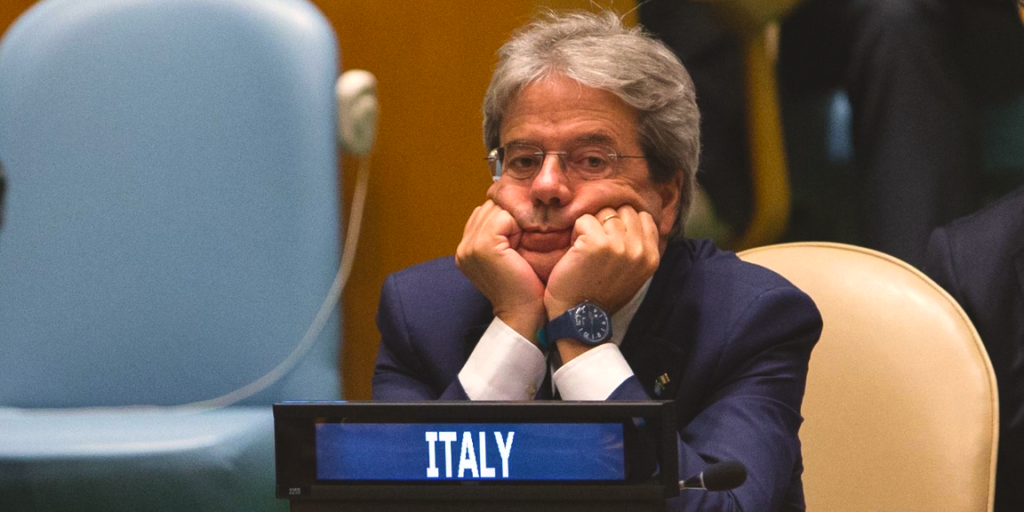 ITALY’S CONTRIBUTIONS TO PEACEBUILDING: ONE STEP FORWARD, TWO STEPS BACK

As violent conflict and instability have grown around the world and in the Mediterranean neighbourhood in particular, Italy has been thrust in a difficult position: affected by those crises in more direct ways than other European countries, it felt unprecedented pressure to actively engage as an international peace-broker. However, without official peacebuilding policies or consolidated capacities, its responses have often been hesitant.

Historically, Italy has been a regular contributor to peacekeeping interventions, for example in the Western Balkans, Afghanistan and, most recently, in Lebanon. Supporting conflict prevention, reconciliation and peacebuilding has not been, however, something that Italy has invested much on. Although this had started to change recently, in particular in the case of Libya, most efforts in this direction have unfortunately been rolled back before they could contribute to a systemic change, including in the collaboration between the government and civil society, which remains weak.

Italy and Libya: a missed opportunity for the peace process

Over the last three years, the engagement of the Italian government, in terms of peace and reconciliation, has been mainly in Libya. This was not an obvious choice, given the country’s colonial legacy; however, by 2014, more than two years after the overthrow of the Gaddafi regime, the country was effectively on the brink of a new civil war and appetite on the part of the international community for a new intervention was extremely low. In this context, Italy decided to invest considerable political will and diplomatic resources in promoting reconciliation in Libya. The result was the Skhirat agreement, signed in December 2015, which succeeded in bringing a degree of political stability to the country and relief to its population.

Although these efforts were not framed as a new approach, they focused on principles of dialogue and inclusivity, and sought to tackle issues beyond security. Importantly, they also helped to create space in which other actors could intervene, including Italian civil society organizations. For example, the Community of Sant’Egidio, an organization with a long tradition of second-track diplomacy around the world, was engaged in promoting reconciliation in Libya’s south during this same period, while other, more development-oriented NGOs were preparing to start or expand their activities from health to human rights. By the end of 2016, in other words, it seemed possible that Italy was moving towards a broad approach to contribute to building peace in Libya—still informal, but integrating contributions of several actors, working in different sectors and towards common goals.

This shift in approach did not last long, however. By early 2017, the government’s political attention had shifted almost completely to tackling the migration crisis, and the policy towards Libya changed accordingly: gone was the focus on reconciliation, replaced with direct support to security agencies, even if they lacked legitimacy, such as the Libyan National Coast Guard; the national dialogue has stalled ever since. As the security situation deteriorated, most NGOs were also not able to start working in the country.

An uncertain future, but some reasons for hope

Overall, the experience in Libya represents a huge missed opportunity for the development of a peacebuilding sector foreign policy, which does not really exist in Italy, certainly not in the same way that it does in the United Kingdom or Germany. As already said, the government’s past contributions to peace have been limited to peacekeeping. On the part of civil society, experiences have been richer: there is an active grassroots pacifist movement in Italy, civilian Peace Corps have been launched as an official experimental project, and several organizations, such as Sant’Egidio, have done, and regularly do, peacebuilding work. These organizations, however, struggle to work together, to learn from international best practices and to liaise with the government. The significant challenges that this situation creates—related to funding, coordination and coherence—have thus hindered the growth of a cohesive peacebuilding community.

Looking forward to the future, the outlook from civil society (including my own organization) is rather negative. The results of the recent elections, in which the dominant theme remained the migration crisis, suggest that peacebuilding will continue to be a non-priority. This said, there is at least one positive development that gives hope for the future: the creation, in 2014, of the Italian Agency for Development Cooperation (Agenzia Italiana per la Cooperazione allo Sviluppo, or AICS).

AICS was modeled on the UK Department for International Development (DFID): an agency independent from the Ministry of Foreign Affairs, with its own budget and transparent procedures, including a three-year strategic plan. The establishment of AICS, even if recent, has already served to increase Italy’s official development aid budget and to create a reference point not just for more established NGOs, but also smaller civil society organizations, and local authorities supporting initiatives abroad. Notably, while AICS does not yet have specific policies on conflict prevention or peacebuilding, its directors have shown interest in developing the agency’s capacities on those issues, and they also have the institutional mandate to do so.

Even though AICS’ capacity remains limited and its independence continues to be hostage to politics, the agency represents an important platform that can ensure that peacebuilding becomes a greater priority in the future. This will have to start with civil society, however, which will have to come together and find a common and stronger voice on this issue. In relation to Libya, for example, my organization convened a roundtable that brought together Italian NGO and government representatives to discuss the role that Italy could have in promoting peacebuilding in the country. The extremely positive response to this event indicates the value and the need to have more opportunities to connect and dialogue.

A version of this article was published by FriEnt Peacebuilding Forum on April 27, 2018.