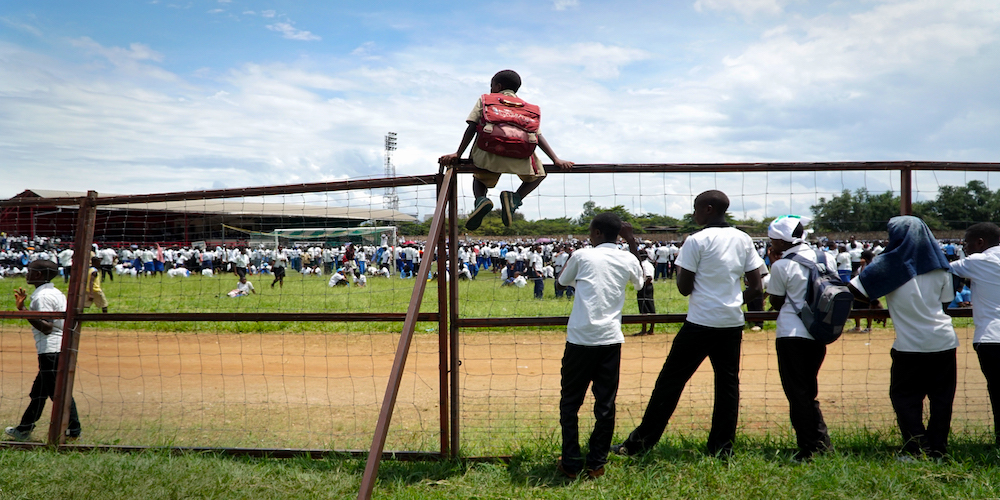 DIALOGUE AMONG YOUTH: A MEANS TO PREVENT VIOLENCE IN BURUNDI

Burundi has been devastated by a series of socio-political conflicts since its independence in 1962. Throughout these conflicts youth have always played a significant role. In 1972, after the Hutu rebel group’s attacks in South and Southwest Burundi targeting Tutsi civilians, there was a large scale repression of Hutu by the majority Tutsi army, police, and Rwagasore Revolutionary Youth affiliated with the then-ruling party, the Union for National Progress (UPRONA). The repression targeted mainly Hutu elite including businessmen, politicians, army and police officers as well as university and secondary school students. After the 1993 assassination of President Ndadaye Melchior, a prominent Hutu leader, Hutu groups massacred their Tutsi neighbours, seeking revenge. In response, a systematic repression by the army supported by the ‘Sans Echecs’ (“the ones who never fail”) Tutsi youth militia led to massacres of thousands of Hutus across the country.

The Arusha peace agreement signed in 2000 brought an end to the civil conflict, and youth-driven violence temporarily ceased. However, since the 2010 elections, violence has resurged, involving younger political party members both as victims and perpetrators. In 2015 and today, as Burundians are heading into the 2020 elections, youth are reported to have been bribed to harass and intimidate their party’s opponents with promises of employment and other benefits. They “found themselves at the core of the violence that took place before, during as well as after elections.”

Burundian youth have faced decades of indoctrination and manipulation and there has been an absence of a viable framework to help them address past conflicts. Since 2012, the Conflict Alert and Prevention Centre (CENAP), an NGO active in Burundi since 2002, has facilitated dialogues among the youth wings of the different political parties. These dialogues aim to prevent and address violence between the youth as well as promote reconciliation, especially before, during, and after elections.

Within dialogue groups of around 40 members each (that include representatives from different political and ethnic groups and with diverse gender identities) the youth convene to discuss controversial issues that are likely to lead to or perpetuate conflict and violence. The dialogue groups have been an opportunity to identify challenges to peace, to discuss issues and propose solutions. To help members better manage the complex issues, they have been trained on a number of topics including conflict prevention and resolution, peaceful cohabitation as well as non-violent communication. According to CENAP personnel, “the training sessions have been occasions for the leaders of youth groups to know one another, to build relations across party lines and to exchange telephone numbers.” For example, since they created WhatsApp groups, the youth in the dialogue groups in Bubanza (West), Cibitoke (Northwest) and Muyinga (Northeast), testify that they are now able to exchange information in real time and de-escalate incidents between their political parties’ youth wings that might otherwise lead to violence.

Through the dialogue groups, participating youth have also been able to organize cultural and sporting events where they deliver messages of peace and reconciliation. The same messages are delivered during local community activities bringing together other youth. This recently happened, for example, in Rumonge, where a group of young dialogue participants was working on restoring a local pathway that had been destroyed by heavy rains.

As Burundians head to the 2020 elections, there have already been reports on a resurgence of violence among youth that must be addressed in time to prevent further harm. Bringing younger community members together for collective activities has proved successful in the recent past. A good example is that of the leader of a youth group politically affiliated with the ruling party in the province of Muyinga, where cases of hostile behavior and even violence among the youth were recorded before and after the 2015 elections. The leader was himself accused in the local media of harassing members of the opposition. After he had participated in the Peace Day celebration in another province, Gitega, he took the lead to promote peace and reconciliation among the youth in the province. Once back in Muyinga, he thus invited the youth from diverse political parties for a meeting that was concluded with a letter requesting CENAP to help them start a dialogue group. This leader is now known as the main promoter of reconciliation among the youth from different political parties in the province.

In another province, Bubanza, two young men, one from the ruling party and the other from the opposition and each from different ethnic groups, hated each other before a dialogue group was initiated in their community. During the course of the dialogue group, however, the two became so close that they even started a business together. In 2015, the young man from the opposition party participated in demonstrations against President Pierre Nkurunziza. Once the situation in his country became unsafe, he planned to flee the country but found that he could not leave in secret. Fortunately, his friend from the ruling party arranged his exfiltration to a neighbouring country. As stability returned in his country, he arranged his return. This story not only shows the potential for change at an individual level, but also at an interpersonal and community level.

As this article shows, dialogue between the youth groups affiliated with political parties has changed the way in which youth see and relate to each other, encouraging communication and relationships between them. These groups proved that dialogue remains a powerful tool to bring about change in any community, at an individual level as well as at the national level. It contributed to lessening tensions between the youth belonging to opposing political parties. This way, youth who took part in CENAP’s dialogues have transformed from peace disruptors to peace agents in Burundi. This positive outcome could likewise be realized in other countries facing similar challenges, as the attributes of dialogue groups are essential to achieving reconciliation and a reconciled community is a violence-free community.

Nkeshimana Tatien is a Researcher at the Conflict Alert and Prevention Center (CENAP), and a peacebuilder with expertise in conflict and post-conflict settings focusing mainly on Burundi and the Great Lakes region, and community dialogue to promote peace and reconciliation.