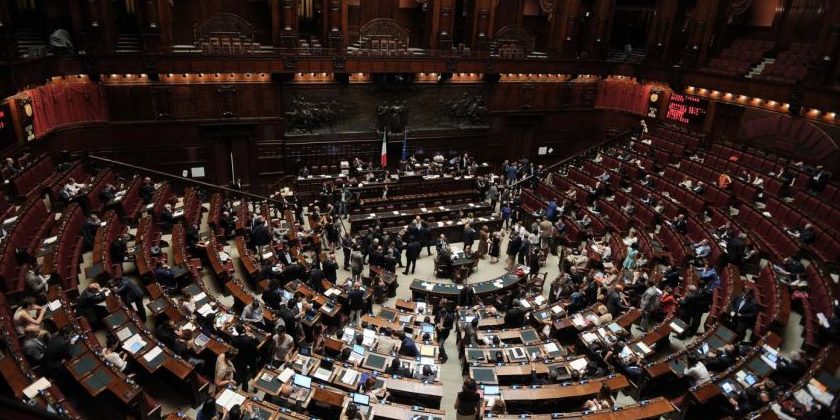 In December 2016, the third Italian National Action Plan (NAP) on Women, Peace and Security 2016-2019 was adopted. The adoption of the NAP, which gives continuity and renewed impetus to Italy’s commitment to the implementation of UNSCR 1325 and following resolutions, was welcomed by civil society organisations. The novelties introduced by the new NAP, which in structure and objectives recalls the two previous editions, are plenty and positive.

First of all, the development of the NAP saw the involvement of many civil society actors already active in the field of women, peace and security through the recently established Platform on Gender-sensitive Interventions and Peace Processes (GIPP)[1]. The consultations, which took place between July and November 2016, allowed for a constructive dialogue on key elements of the NAP and led to the inclusion of a few substantial suggestions put forward by the Platform into the plan by the Inter-Ministerial Committee for Human Rights of the MFA, responsible for the drafting process.

In particular, civil society organisations strongly advocated for the NAP to include reference to the role of women as agents of change and to the transformative power of UNSCR 1325. Indeed, UNSCR 1325 does not only call for greater participation of women in the institutions responsible for peace-making and peace-keeping and in peace processes, but also for a transformation of such institutions and of the modalities for achieving peace through non-violent and inclusive approaches.

Secondly, for the first time the NAP relies on a dedicated budget for its implementation thanks to an amendment to the 2017 Budgetary Law presented by the Socialist Member of the Parliament (MP) Pia Locatelli. The overall budget for the NAP will be of two million euros, 1 million for the first year and one for the following two years.

Finally, the NAP, compared to its previous editions, emphasizes the need for an integrated approach of the various governmental initiatives in this field, including across foreign policy, development cooperation, defence and security sector. It further commits to involving all the relevant governmental and non-governmental stakeholders, including civil society and academia, in the implementation of the NAP.

At a closer examination, the NAP lacks a solid peacebuilding approach, which should underlie any women, peace and security policy. In the absence of conceptual clarity about the nature and boundaries of a peacebuilding intervention, the integrated approach risks weakening the foundation of this policy and placing it at the intersection of many areas (development cooperation, human rights, security and defence). Instead, the women, peace and security agenda is strongly rooted in the concept of peacebuilding which, by definition, aims to manage, mitigate, resolve and transform aspects of conflicts with diplomacy, mediation and dialogue at multiple levels and with the involvement of civil society. The ultimate goal is to address the root causes of conflicts, promote reconciliation and prevent a return to violence.

Secondly, the current NAP, like its predecessors, focuses disproportionately on military operations and on training of military forces. The NAP does not mention civilian missions in which Italy is engaged (including EU CSDP missionsmost of which are civilian and focus on peacebuilding through security sector reform, monitoring of ceasefires, border management and so forth) and training of civilians on peacebuilding and women, peace and security specifically. The only exception is Action 5 under Goal 2, included following a proposal by civil society, which calls for the involvement of the Table for Civil Peace Interventions to integrate a gender perspectives into peace missions.

Thirdly, despite a focus on women as agents of change, it is not clear how the NAP intends to support women promoting alternative peacebuilding models in conflict-affected contexts. Goal n. 1 on strengthening women’s roles in peace processes does not include specific indications about what the Italian government is planning to do to support women’s roles as change agents in peace processes, where and how. To translate commitments into practice Italian actors should answer the following questions:

To conclude, the NAP does not provide indications about the role of civil society for the implementation of the plan. Goal n. 6 To increase synergies with civil society on the implementation of UNSCR 1325 includes limited hints about future cooperation between the Italian institutions and civil society to achieve the objectives of the NAP. The current NAP should provide the opportunity to 1) strengthen dialogue between institutions and civil society on all things women, peace and security; 2) support Italian civil society actors already providing training on UNSCR 1325 to institutions, students and practitioners and 3) provide funding to Italian NGOs already active in conflict zones and with peacebuilding expertise to, for example, support women’s participation in formal and informal peace processes, prevent and address sexual violence in conflict, develop early warning mechanisms with a gender perspective.