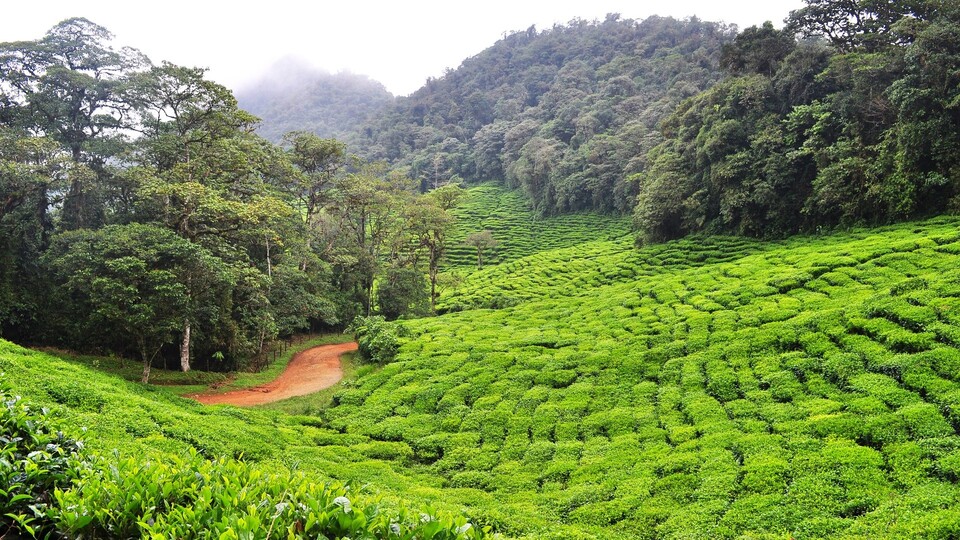 When two crises collide: the effects of climate change in the Colombian environmental peacebuilding process

Colombia is facing two challenges: a peacebuilding process after over 50 years of armed conflict, and the devastating climate change effects. Deforestation acts as a cause and intensifier to both crises; however, the Government has failed to sufficiently address it. Meaningful participation from relevant stakeholders in decision-making processes is crucial to enable an adequate implementation of the Paris and Peace Agreements in a way that achieves long lasting peace.

07/06/21 – In Colombia, the climate and peace crises collide. In 2016, the government signed a Peace Agreement (PA) with the guerrilla group FARC-EP to end the five decades of armed conflict. The PA is historic: despite the presence of other illegal armed groups that prevent Colombia from being entirely conflict-free, the country has nonetheless started a peacebuilding process. Among the most innovative aspects of the PA is the environmental and territorial focus embedded throughout the different chapters. Environmental disputes related to land access and distribution are among the structural causes of the Colombian armed conflict, along with socio-economic and political inequalities. At the same time, Colombia has suffered from the effects of climate change, which have intensified in the last years, posing an additional challenge to an already vulnerable society. Climate change affects land productivity through increasing temperatures that alter agriculture and forestry. Moreover, one of the main drivers of climate change is deforestation, which in the Colombian case results from both legal and illegal activities, some deeply intertwined with the armed conflict. A peacebuilding process that aims at tackling structural causes of unequal land distribution is now faced with large portions of land that are unsuitable for agriculture, potentially preventing a fair redistribution as the one sought in the PA. Hence, environmental protection is pivotal in ensuring sustainable and durable peace. This article thus asks: How has climate change affected the Colombian environmental peacebuilding process? What actions could the government take to advance and achieve environmental peacebuilding? What benefits will environmental peacebuilding bring to Colombia?

In Colombia, environmental peacebuilding means addressing ineffective land use planning, the return of the displaced population and farming communities, and the overdependence on mining and other extractive activities for economic development. The first chapter of the PA places a particular focus on promoting adequate land use according to its natural vocation and stimulating its formalisation, restitution, and equitable distribution. It also establishes concrete commitments for both parties concerning environmental protection. Thus, the post-agreement scenario presents new opportunities for economic development in rural areas that depart from extractive activities, one of the main drivers of deforestation worldwide. An overreliance on resource extraction contradicts the intentions outlined in the PA on delimiting the agricultural frontier and providing environmental protection, and it could fuel new conflicts, thus jeopardising the entire peacebuilding process. Given that deforestation is a massive driver of environmental degradation and climate change, the peacebuilding process must acknowledge and address this particularly devastating practice.

Legal and illegal drivers of deforestation in Colombia have had a devastating effect on  environmental protection and furthering the armed conflict. Deforestation changed land uses and rendered fields inarable while serving to finance illegal armed groups through harvesting illegal crops and providing shelter and kidnapping-favourable zones. On average, more than 60% of the greenhouse gas (GHG) emissions in Colombia derive from deforestation, which leads to the transformation of ecosystems, agricultural practices, and insufficient land use. Illegal crops and illegal mining activities accounted for more than 80 thousand acres of deforestation per year. Pastures and cattle ranching also contribute to the generation of GHG emissions through deforestation. Such agricultural activities support the extensive logging of native species of trees and plants to ensure profitability.

Thus, tackling deforestation can be a way forward in eradicating violence and combating climate change. The PA’s first chapter addresses the rural population’s needs to land as a way to speak to the structural causes of the conflict. It sets forth a group of principles to define the agricultural frontier to protect areas of particular environmental interest and generate balanced alternatives between the environment and good quality of life. The PA includes specific commitments to redistribute land and access to natural resources. However, given the devastating effects of deforestation, if no arable land is left, the government will not be able to comply with these commitments. So far, the government has mainly focused on the construction of Development Programs with Territorial Approach, a 15-year planning management instrument seeking to transform territories affected by violence and illegal activities, as well as the adoption of a land registry for land distribution. This approach is insufficient as it does not directly tackle deforestation, nor does it consider its effects on existing land. Furthermore, most of the environmental commitments of the PA have yet to be implemented.

Additionally, Colombia, as a Party of the United Nations Framework Convention of Climate Change, ratified the Paris Agreement (Law 1844 of 2017) and submitted its Nationally Determined Contributions (NDCs). This document identified the adaptation and mitigation goals that will contribute to reducing GHG emissions in the country, thereby allowing the government to achieve peace, social equity, and sustainable development goals. Nevertheless, these goals need to be fully connected with the peacebuilding process; otherwise, efforts in this front may hinder efforts in the other. For instance, the fact that other illegal armed groups and dissenters of the PA have continued performing deforestation-inducing activities poses a great challenge for complying with the Paris Agreement and NDCs. Likewise, the government continues to place a great focus on extractive activities such as mining.

The future of the Colombian peacebuilding process is challenging. Incomplete implementation of the PA could contribute to increasing deforestation and climate change effects. It could also hinder peacebuilding and further enable environmental degradation. Building peace with an environmental approach requires coordination between governmental agencies, victims, ethnic communities, and civil society. Traditional and local knowledge can contribute to a paradigm shift away from the current economic model of development, where the human-nature relationship is redefined as an interconnected whole. An active, intersectional and meaningful participation of these stakeholders in decision-making processes will allow both agreements to thrive while tackling deforestation. Only a truly participative and inclusive implementation process will contribute to actual environmental peacebuilding as well as the reduction and mitigation of climate change effects. Environmental peacebuilding will contribute to tackling structural causes of inequalities and promoting more sustainable use of natural resources. An effective land environmental use, planning, and distribution, alongside environmental justice-related policies, will help increase resilience, social cohesion and repair the environmental damage while reincorporating displaced communities to their territories to build a sustainable, peaceful, and environmentally conscious society.

Natalia Urzola Gutiérrez is a researcher of the Global Pandemic Network (GPN), an international network of scholars that promote debates and research in relation to the legal, economic and social aspects of pandemics, both from a reactive and precautionary perspective. She also acts as the core team’s Membership Coordinator of the Global Network for Human Rights and the Environment (GNHRE). Her current research focuses on the differentiated impacts of COVID-19 in ethnic communities and environmental and human rights defenders. She is also working on research related to climate change litigation in Latin America, as well as the gendered dimensions of climate change discourse.

Natalia collaborates as a volunteer for the International Action Network for Gender Equity and Law (IANGEL).

María Paula González Espinel’s professional practice focuses on companies in the infrastructure, energy, agro-industry and mining sectors, among others, as well as in environmental litigation and sanctioning processes. In 2016, she was recognised as the pro bono lawyer of the year by the Fundación ProBono Colombia for her commitment to social causes and advice on high-impact projects. She carried out a legal practice in the Cyrus R Vance Center for International Justice, in which she was able to participate in cases relating to nature’s rights.

María is a specialist in mining and oil and gas law, with an LLM in environmental law and policy, with an emphasis on the study and application of sustainable development goals and climate change. Currently she is working at the Superintendency of Public Health Services in a project related to the recovery of waste in the country.