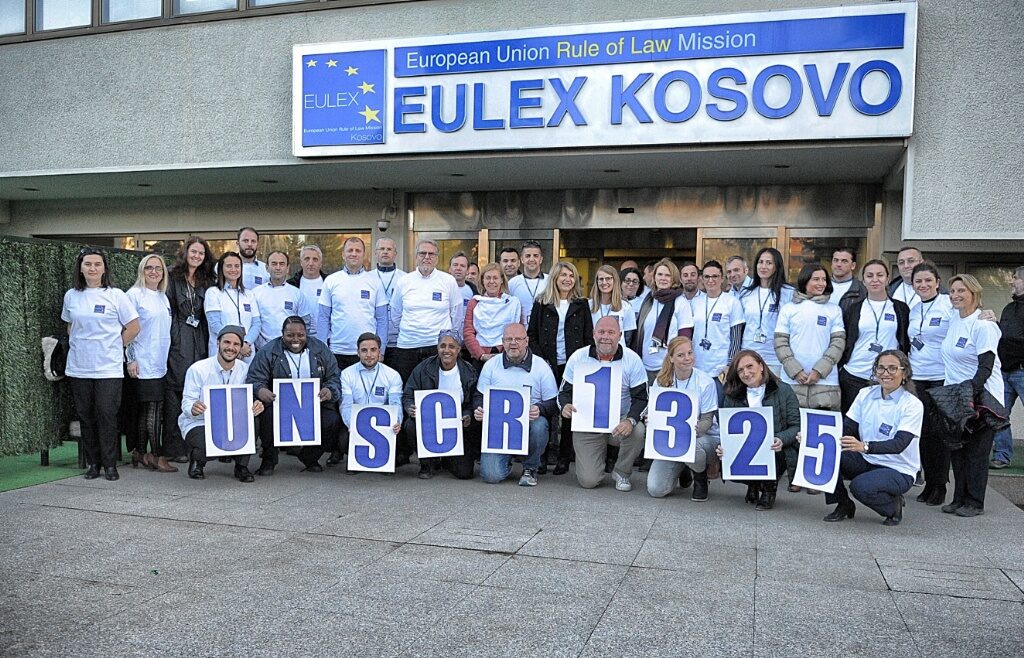 GENDER MAINSTREAMING AND STATE-BUILDING IN KOSOVO: INTERNATIONAL AND LOCAL PITFALLS

On October 31st, 2000, sixteen months after the end of the Kosovo war, the United Nations Security Council adopted Resolution 1325 on Women, Peace and Security (herein referred to as UNSCR 1325). It is one of the most comprehensive resolutions adopted in the field. It is the primary legal international non-binding document recognizing the key role of women in peacebuilding processes, peace negotiations, and in sustaining security at the local and national level. This document clearly urged upon all Member States to ensure increased representation of women at all decision-making levels in national, regional and international institutions and mechanisms for the prevention, management, and resolution of conflict.

Since 2000, Kosovar authorities have approved several important frameworks to ensure gender equality (including, for example, the Law on Gender Equality, the Anti-Discrimination Law and the Constitution itself) and created institutions to promote women’s participation in decision-making processes. In practice, however, society is still male-centered in Kosovo, and the implementation of existing laws has been repeatedly criticized by civil society activists.

The international state-building process itself has mainly been led by men, with the female component being marginal.

Kosovar authorities approved their first National Action Plan (NAP) for the implementation of UNSCR 1325 in January 2014. Taking a human rights approach, the document was developed by central institutions alongside members of civil society and supported by UN Women and the Office of the High Commissioner for Human Rights (OHCHR). Concretely, the NAP’s key aim is to strengthen the three main areas of female representation in: increasing and assuring the participation of women in decision-making and peacebuilding processes; introducing gender mainstreaming in the security sector; and providing access to justice for victims of sexual violence during the war. The resolution is the responsibility of both governmental and non-governmental actors, yet in practice the implementation of standards for gender and security is less obvious.

THE MIXED RECORD OF INTERNATIONALLY-LED EFFORTS

From the adoption of Resolution 1325 to Kosovo’s declaration of independence in 2008, women have played a marginal role in Kosovo, due to the strong paternalistic nature of Kosovar society, where stereotypes and traditional understandings of women’s positions continue to play a central role. Discrimination in the labour market is a concern in Kosovo, where only 18% of the women are active, a figure far behind other Western Balkans countries (for example, in Bosnia and Herzegovina it is 34% and in Albania 45%). The situation appears better if one looks specifically at the security sector, as women represent 14% of the police force in Kosovo, ahead of Albania (10%), Montenegro (9%) and Bosnia and Herzegovina (13%). However, the number of women remains low in light of Kosovo’s security sector reforms, which included the establishment of security forces from scratch and with the substantial support of the international community. Under the aegis of the UN, in fact, the Kosovo Police (KP) and the Kosovo Protection Corps (KPC) were created with a view at guaranteeing a satisfactory level of women’s representation. This effort continued in the post-independence period with the establishment of new structures, such as the Kosovo Security Force (KSF), the Kosovo Security Council (KSC), and the Kosovo Intelligence Agency. The security sector’s development de facto coincided with the process of integrating a satisfactory level of women in the sector itself. And although the overall process was internationally driven, women’s civil society organisations also played a major role in the development and implementation of Resolution 1325.

The shortcomings in achieving full gender equality and mainstreaming cannot be analyzed without looking at the international state-building process itself. Internationals played a crucial role concerning Kosovo’s gender issues. Specifically, UN Women has been present in Kosovo since 1999 and has been a strong actor for financial and technical assistance on gender issues. Concretely, in 2007 UN Women in Kosovo established the Security and Gender Coordination Group (SGSG) in order to further enhance cooperation, on gender issues, among international and local actors as well as other civil society organisations. The organization strongly supported and assisted the Kosovo government in the adoption of a National Action Plan for the Achievement of Gender Equality in 2004. Also, the appointment in 2011 of the first Kosovar woman as President, Atifete Jahjaga, should not be underestimated. Yet, the international state-building process itself has mainly been led by men, with the female component being marginal.

The overview of the international commitment to peacebuilding and state-building in Kosovo, starting from the end of the war up to today, clearly shows a slow implementation of UNSCR 1325.

The peacebuilding process, as carried out under the United Nations Interim Administration Mission in Kosovo (UNMIK) established by UNSCR 1244 (1999), has also mainly been a male-led decision-making process with no exception from the justice sector up to education. UNMIK’s follower, the European Union Rule of Law Mission (EULEX) made no difference in this regard. Deployed in December 2009, it is the largest and most expensive of the European Union’s Common Security and Defense Policy (CSDP) operation, and the first to be endowed with some executive powers. Its task has been of monitoring, mentoring and advising the local authorities with regard to the police, customs and judiciary sector. Yet, EULEX also reflected a male-dominated structure, considering that all its Head of Missions have been male with the exception of Alexandra Papadopoulou (2016-19). However, it has been under the guidance of the EU that meaningful efforts towards the attainment of a positive peace in Kosovo have been undertaken, even though not fully implemented.

Undoubtedly, peacebuilding and state-building are complex and colossal tasks, which are not reducible to a unicum, while being highly interventionary and top-down oriented. Also, these processes have significantly been challenged in Kosovo and the Western Balkans because of the specific cultural dimension of the region, where security is considered in connection with one’s solidarity to her or his own group, which thus represents a threat to the existence of the other. Notwithstanding some improvements Kosovo still faces many gender equality challenges in the leadership as well as in the political participation, but also when it comes to the economy, to the fight to end violence against women and in the field of peace and security. Traditional views on gender roles have indeed left women in Kosovo under-represented in decision-making at all levels, including the security sector. Moreover, survivors of conflict-related sexual violence remain stigmatized, and a culture of shame and silence surrounds the issue.

Overall, the overview of the international commitment to peacebuilding and state-building in Kosovo, starting from the end of the war up to today, clearly shows a slow implementation of UNSCR 1325. Gaps between the theory and the practice still persists in Kosovo, and in thinking about how to better promote women’s participation to peace and security in the future, one may conclude with Lord Paddy Ashdown, former High Representative to Bosnia and Herzegovina (2002-2006) and an expert on the Western Balkans, who said, “unless you are prepared to look at the question holistically, success will not be possible. Unless you are prepared for a long-term project rather than a short-term one, it will not work”.

Nicasia Picciano holds a PhD on the European Union State-Building in Kosovo from the University of Flensburg (Germany). Her research interests concern with peace- and state-building in the Western Balkans, ethnic conflict, minority rights and the EU enlargement. She is currently working on a research project dealing with corruption and organized crime in Kosovo and the commitment of both the international community and other actors to fight them, on behalf of the Pristina-based Kosovo Foundation for Open Society.