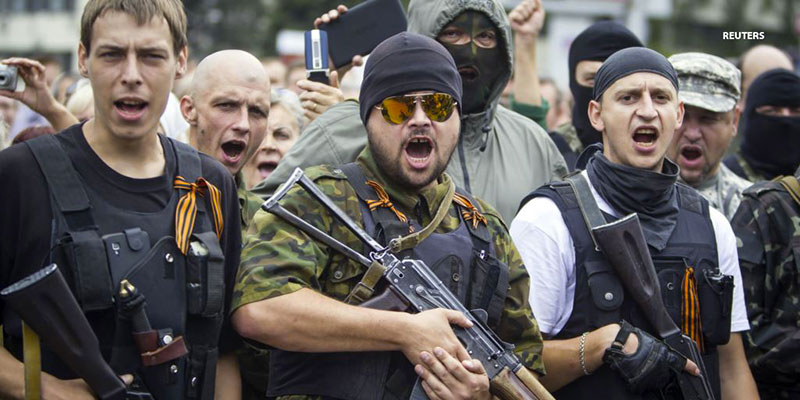 PEACEBUILDING IN UKRAINE: A LONG WAY TO GO

The conflict in the Donbas region between Ukrainian forces and separatist groups of the Donetsk People’s Republic (DPR) and Luhansk People’s Republic (LPR) entered its third year in March 2016. While a fragile peace deal has been in place since September 2014 (Minsk Protocol) further reinforced by a second agreement in February 2015 (Minsk II), the public discourse could not be further away from the idea of a peaceful solution to the conflict in the Donbas region. The population is not informed, let alone consulted, on what is being negotiated in Minsk and this is further weakening Ukraine’s peace prospects.

Like in many peace processes, decisions in the Minsk process are taken behind closed doors. While the need for confidentiality in a peace process is understandable, the failure to inform and involve the wider population and communities directly affected by the conflict often results in an untenable peace deal. Ukraine is no exception. There has been no attempt to keep the population informed on what is negotiated in Minsk and to address their concerns while the original idea of a “broad national dialogue” was soon abandoned. The Good Friday Agreement in Northern Ireland shows that the key to durable peace is an inclusive process that excludes no one while the Dayton Accord in Bosnia Herzegovina prove that, where negotiations are exclusive and key issues and conflict drivers are not addressed, reconciliation is short-lived.

Failure to discuss peace in the public domain and to involve the population in the peace process mean that peaceful conflict resolution work and peace activism are still met with scepticism, and sometimes violent resistance, as they are seen as un-patriotic by many. The mainstream conflict narrative focuses on a binary and simplistic view of the conflict opposes pro-Ukraine and pro-Europe versus pro-Russia, forgetting the complexity and layers of the ongoing conflict. Militarisation of the public discourse around the conflict is still pervasive.

While peace is not easily discussed in public, initiatives to promote dialogue, mediation and reconciliation as tools to support a peaceful resolution of the conflict have been gaining ground locally since the outbreak of the conflict. The promotion of a culture of dialogue and the use of dialogue and mediation as tools to transform and resolve conflicts are being supported by various actors, including individual countries, like Finland and Switzerland, regional organisations such as the Organisation for Security and Cooperation in Europe (OSCE), international nongovernmental organisations (INGOs) and local civil society organisations.

The OSCE promoted and facilitated with the support of international mediation experts dialogues on the reform agenda in conflict-affected communities in Donetsk, Kramatorsk, Luhansk and Mariupol. These dialogues touched upon education, decentralisation, relationship between local authorities and communities, safety when crossing the contact line, integration of internal displaced persons (IDPs) and so forth. The OSCE Special Monitoring Mission is also mandated to facilitate dialogue on the ground in order to reduce tensions but its focus remain on monitoring the security situation and the violations of the ceasefire.

Local dialogue initiatives are being initiated by local actors and INGOs although often with very limited funding. These involve different groups including local governments and their communities, supporters of Ukrainian territorial integrity and supporters of the separatists, IDPs) and their host communities, women’s groups from different sides of the contact line and take place on a regular basis. Of great impact are the local initiatives promoted by Dignity Space, an organisation born after the Euromaidan protest to promote reconciliation, which uses trained mediators in the Nonviolent Communication technique (NVC). One particularly successful dialogue saw the participation of former members of the Berkut special forces, Ukraine’s riot police dismantled after the violent repression of demonstrators in Maidan Square, and Euromaidan activists who were wounded in the protest.

While the high-level negotiations and implementation of Minsk II are stuck on crucial elements, local efforts to support peace are abundant. They can help defuse tensions in at risk areas, prepare the ground for a future political settlement, address the needs and concerns of local communities affected by the conflict and promote reconciliation between groups and communities that have been driven apart by the conflict. These initiatives hold the best hope for peace in Ukraine and should be further supported financially and strategically.