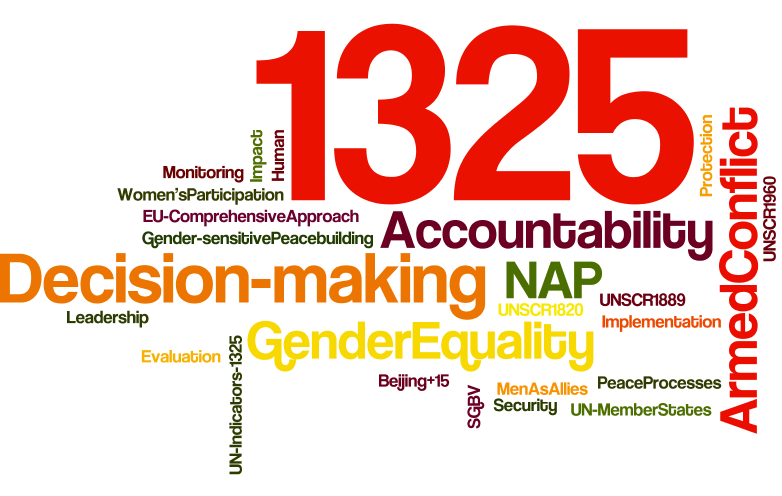 The issue of sexual violence in the conflict in the East of Ukraine is subject of much speculation. While the parameters for sexual and gender-based violence (SGBV) in the areas affected by the conflict in the Donbass region are all there, documented cases are scarce. The United Nations Human Rights Mission in Ukraine (OHCHR) and UNFPA are playing a key role in monitoring cases of SGBV and providing support to the survivors in the conflict-affected region, amidst many challenges.  The UN Mission reported that the majority of allegations suggest that threats of rape and other forms of sexual violence are used as a method of ill-treatment and torture in the context of arbitrary or illegal detention, both towards men and women. Other cases documented by the OHCHR were linked to the military presence in civilian areas near the contact line.

There is a lot of anecdotal information on cases of sexual violence taking place by both Ukrainian law enforcement and separatist armed groups, particularly in illegal detention centres, but it is often hard to find corroborative evidence of such allegations. As a consequence, the issue of sexualised violence gets deprioritised compared to other wide-spread and better documented violations. Yet, consistent with the experience from other conflict regions, there are good reasons to believe that sexual violence was under-reported in Ukrainebefore the conflict for a variety of reasons, and that the conflict only worsened the situation.

So, what is preventing these cases from being reported? According to research conducted on this issue, women in Ukraine are not willing to come forward for the victim-blaming approach rooted in the country’s culture. Sexual violence in Ukraine tends to be seen as the fault of the victim and women often decide to stay silent to protect their privacy, security and reputation. Also, women are discouraged by the inadequate responses in place, in particular medical and psychosocial support as well as law enforcement. The situation is made worse by the pervasive nationalism and militarism triggered by the conflict, which prevents women from speaking up about abuses committed by, for example, their own husbands and intimate partners coming back from fighting in the East.

With the conflict raging on, increase in heavy weaponry along the contact line, the humanitarian situation worsening and the number of IDPs reaching 1.5 million, the attention on SGBV should be strengthened. First and foremost, greater awareness about how gender identities play out in conflict and post-conflict settings can be promoted. Gender inequality and stereotyping are entrenched in Ukrainian society despite the work of many women’s organisations and the adoption of a legislative framework on gender equality. Stereotyping of female and male roles became worse as a result of the conflict and the nationalist propaganda, which portrays men as heroes, encourages the militarisation of masculinities and legitimises the use of force on and beyond the battlefield.

Secondly, law enforcement officers dealing with cases of sexual violence need to be regularly trained on SGBV issues in order to overcome the generalised bias towards victims reported by many women who suffered sexualised violence. International agencies such as UNFPA and NGOs started to provide training to law enforcement officials on preventing, investigating and responding to cases of SGBV, including on regulations and standard procedures, communication techniques with survivors and perpetrators, interagency coordination and referral mechanisms, but the need to sensitise on SGBV issues is still largely unmet. Also, with the police reform underway and the recruitment of a large number of women (1/4 of the police force) momentum has built up to develop adequate mechanisms to respond to this crime.

Thirdly, non-governmental organisations can play a bigger part in reporting and documenting cases of SGBV but need to be properly equipped to carry out this role. Some women’s NGOs like the Women’s Information Consultative Centre and La Strada Ukraine and are already documenting cases of SGBV occurred in the conflict areas and tracking the impact on domestic violence of the return of soldiers from the East. Many more NGOs located in and around the area of conflict are becoming active on this issue, yet they are the first to recognise the need for specific training and skilled personnel to carry out these tasks in line with international standards.

Last but not least, the debate around the impact of the conflict on violence against women should be paired with a discussion on women’s contribution to achieving peace and their active participation in peacebuilding processes. The Ukrainian government’s recent adoption of a National Action Plan on UNSCR 1325, in February 2016, represents the first step towards the development of a more holistic approach to the issue of women, peace and security, so far missing in Ukraine, and can pave the way for a more comprehensive approach to the issue of SGBV, including from the point of view of accountability for committed crimes.