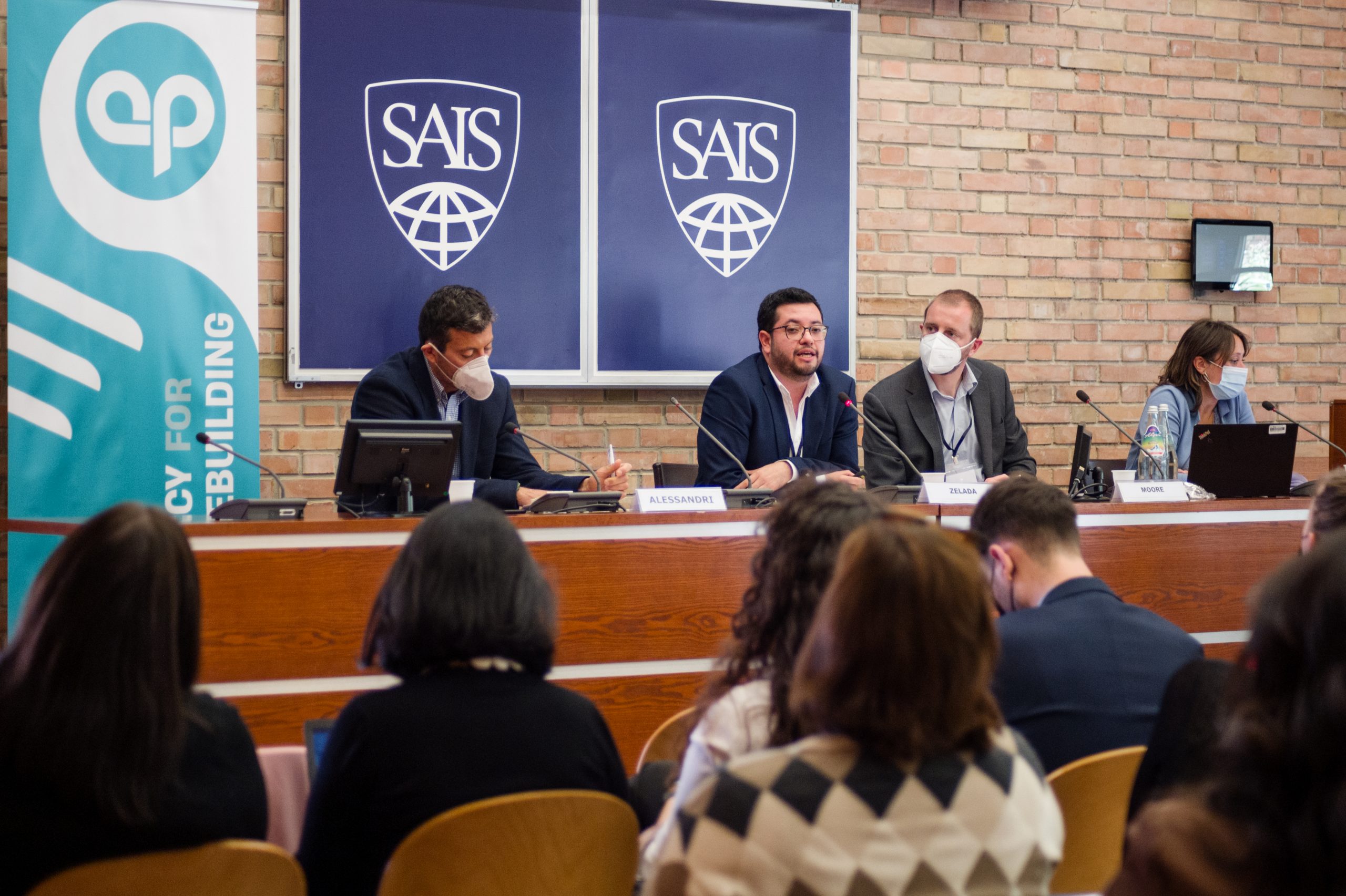 Imagination: the Key to Peacebuilding

A few weeks ago, the 4 May 2022, I had the opportunity to participate in a forum organized by the Agency for Peacebuilding called “Re-imagining conflict prevention.” The event was an excellent opportunity to share four reflections of my ten-year personal experience in conflict mediation and peacebuilding.

There is no need to eliminate conflicts

Culturally we have become accustomed to considering conflicts as something negative because we link them to one of their potential consequences: violence. However, conflicts are neither positive nor negative; they are a neutral element of human existence. In any interaction, there will be a tension between individual and collective interests, which would not necessarily lead to violence. Moreover, life is a series of natural changes. This constant variation in its balance would force us to maintain a life-long dialogue with the people around us. The primary problem with considering conflict as something negative is that, in many cases, we tend to ignore them as we try to avoid unpleasant situations and emotions. Conflicts will continue to escalate if we ignore them; that is the real danger that may raise the risk of violence. The first step to preventing war is to change our way of seeing conflicts on a day-to-day basis. We must see the conflict as a neutral circumstance that, if utilized right, can generate positive changes, innovation, and development. If conflict is neutral, it is not something that we should prevent or eliminate. We must attend to it from the beginning and give space for constructive dialogue. The effort to eliminate a conflict could even obstruct the opportunity to generate necessary changes (Lederach, 2013). What we must prevent is violence in all its forms.

Peace should be built in peaceful times

The conflict ensuing in Ukraine teaches us that war is a risk found in all parts of the world; however, one must not wait for violence to happen to seek peace. That is the main problem of conflict prevention; waiting until the conflict becomes violent to start working on it (which is a direct consequence of the previous point about considering conflict as something negative). Postponing addressing conflicts happens both globally and individually.  In my experience, I have noticed that people usually do not turn to a mediator until the discord becomes unbearable: this mindset reduces the chances of success for any mediation strategy. Similarly, many public policies do not deal with conflicts until they come before a judge, and, once again, we are missing the opportunity to work on them at the right time. The same applies to armed conflicts. 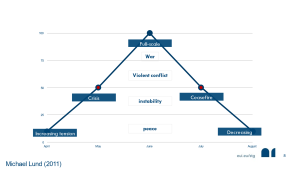 It is almost obvious, but the premise is quite simple: let us build peace in peaceful times when people are still in control of their emotions and rational faculties. There is no reason to wait.

There is a debate about the ideal way to build peace. In psychology, many practitioners believe that the starting point should be in the mind of human beings. Even the preamble of the UNESCO constitution states: “Since wars begin in the minds of men, it is in the minds of men that the defenses of peace must be constructed.” On the other hand, many governments and international organizations focus their work on the structural elements of violence, trying to reduce inequity, the lack of employment opportunities, and the wage gap between men and women, among many others. Which is the correct approach? They are simply two sides of the same coin; one is impossible without the other. John Paul Lederach called it a paradox of peacebuilding because structural changes are useless if the mutual perceptions among community members are not healthy and there are patterns of violent behavior. It is equally ineffective to work on the minds of human beings if they are emotionally affected by economic, social, and cultural elements that won’t allow them to enjoy a peaceful life. In this sense, the recommendation is to view peacebuilding processes from a holistic perspective that encompasses the structural elements based on individual perceptions and actions.

Imagination in the key

Finally, I would like to highlight one of the elements that caught my attention on the forum: its name. The forum’s title does not advocate for reforming conflict prevention mechanisms but calls to re-imagine how we do it. Imagination is the critical element. In our present context, where the risks of escalation of global conflicts are increasing, we must resort to our intellectual tools and go beyond using a set of techniques. Imagination allows us to perceive reality differently; it helps us more clearly visualize the existent interconnections between all human beings, beyond whether we consider them allies or enemies. Imagination allows us to recognize that things are not simply good or bad, but rather a spectrum of nuances where complexity is also an opportunity to work on conflicts from a different angle (Lederach, 2005). Imagination is not synonymous with fantasy. Imagination implies a deep understanding of history and current affairs as a requirement to create something different. It suggests maintaining latent curiosity to give space to creative acts that can show us a new approach to perceiving reality and, ultimately, a way of behaving. The requirement for the imagination to work is self-knowledge. Individual inner work is essential to recognize our fear, because fear is the primary obstruction to the creative act. Today, more than ever, we need the imagination to build global models that allow us to prevent violence worldwide and to design new mechanisms that address the structural and psychological elements behind the climate and food crises throughout the planet. The challenge we currently face is an opportunity to innovate and create new models that address violence from a structural and psychological perspective. To achieve this, we must act before conflicts escalate. Our primary tool to build a different paradigm is our own imagination that, based on facts, can visualize a more empathetic way of coexisting.

Bibliography: Lederach, J.P. The moral imagination (2005) and The little book of conflict transformation (2013).

Juan Lucero is the co-founder of Magnolia and a Policy Fellow at the School of Transnational Governance (EUI).